“We are taught from childhood, if we’re lucky, that individuals are never merely the sum of their biological and sociological parts. But I have rarely seen a warmer or more engaging example of this defiance of statistics than Panorama. (…) You always leave a Motus production feeling you have spent time amid an ever-multiplying throng. Everybody onstage contains multitudes.”

PANORAMA is a word of Greek origins, formed by the root of the verb “to see” and the word “everything” and it speaks about the possibility to “see as much as possible”, to explore new existential ventures. Elsewhere, away from barriers or limitations narrowing the horizon of opportunities, there lies the core of the project. It’s a collective and visionary biography of the interethnic group of performers belonging to the legendary theatre in the New York East Village, founded by Ellen Stewart. It sprung from long interviews and lengthy research within the background of the company actors and actresses: many have moved from other cities and continents to realise their own artistic project in New York… With the support of the playwright Erik Ehn and an elaborate device developed at the Seoul Institute of Arts – Motus draws new existential panoramas, where nomadism becomes an intrinsic property of existence (and of being an artist), putting to the test any attempt to irrevocably fix people, nationalities, ethnicities, professions in hierarchical and unchangeable categories.

It’s a further landmark in the journey started with MDLSX, claiming the right to non-belonging, the freedom to transition from one gender to another, from on form of life to another – boundless – breaking down any kind of prejudice: Rosi Braidotti wrote about a “belonging open to Multiplicities” proposing a post-nationalistic identity for all the populations of the world, focusing on the concept of fluid identity and nomad identity.

Panorama delves into the heart of this political urgency with a “post-documentary” narrative anchored to the experience of being an actor (and a foreigner) today. Panorama is a kaleidoscopic explosive performance on the human right to be in movement, especially within a society – such as the American one – shattered by Trumpism. 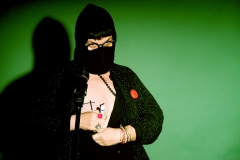 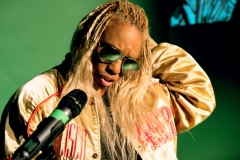 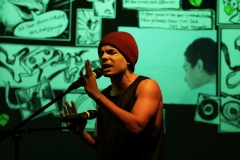 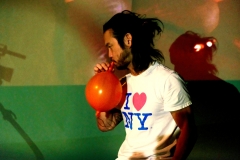 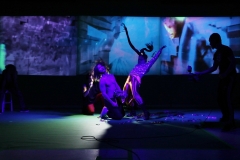 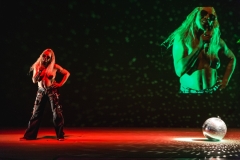 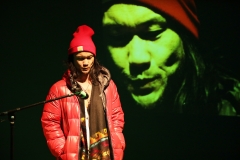 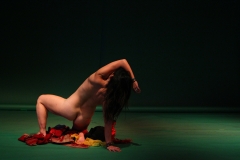 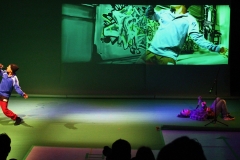 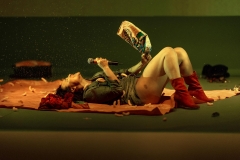 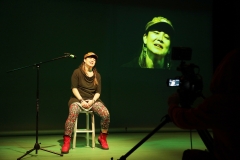 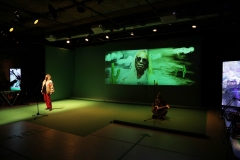