Visio Gloriosa is essentially a path which will perhaps never come to an end, due also to the very nature of the reference materials which are in continuous evolution and enrichment as a result of journeys, encounters and above all of visions.

The visionary aspect of the event is closely linked to our own ability to sink into a “visionary and hallucinated” dimension, to our predisposition to losing temporal and spatial references in order to succeed in conceiving something that always tends towards the “beyond”….

Visio Gloriosa came into being as a circular event without beginning or end, without the possibility of a univocal or frontal vision, breaking all the canonical conceptions of stage time and development.
In Visio there is neither time nor consequence, everything taking place in a wearying and persistent flow. The actors seem to act in chorus without conceding, in reality, anything to relationships which, if they come about, are necessary only to the emitting of words… Words, words of ecstasy, heavy and light words, words like blown air, like shifting clouds, words dripping blood and dark fears, words of Maria Maddelena de Pazzi and St. Catherine of Siena, which, as the editor of Maria Maddelena’s book Giovanni Pozzi writes:
“… are unexpected absorptions, total alienation from the surrounding world, visions described in detail, aimed at allegorical meanings, applied to earthly realities, justified by painstaking work of refined abstraction; scenario of celestial facts taking place on the threshold of the highest heavens or at the bottom of the infernal abysses, interspersed with dancing, running, convulsive agitation or rigidity of the body; and above all very long speeches carried out aloud with fast or punctuated words, spoken softly or shouted, uninterrupted or alternated by contemplative silences…”

This text and the poetry of Juan de la Cruz (edited by Giorgio Agamben) have within them an enormous conceptual and sensorial richness, they are labyrinths, poetic wells from which emerges in essence all the tension between a heavy physical body and the desire to make it explode, to get out of it: they are anticipations of Artaud’s theory of “body without organs” which has always conditioned our thought on the actor and the theatre itself… and above all they contain a mad charge of anarchic rebellion against any attempt to rigidly formalise the man/God relationship.

Again Cioran, in Tears and Saints: “…Mysticism oscillates between the passion of ecstasy and the horror of emptiness. Both presuppose an ardent will to produce a tabula rasa … The indispensable condition for the state of ecstasy and the experience of emptiness is a consciousness dispossessed of all images. Nothing more is seen outside of the nothing, and this nothing is everything… Ecstasy is a total presence without object, a full emptiness. A shiver going through nothingness…”.

And his bitter nihilism accompanied us throughout the setting up of Visio Gloriosa, which we should like to prefigure first of all as “experience”, both for the actors and for the spectators, beyond the classic logics of theatrical show-making: a kaleidoscope of delirious visions/apparitions laid out on a diffused, bursting sound/vocal track.
A multilingual event: Italian, English, French, German, Serbian and Latin… where, as in all our works, electronic intervention on the sound becomes a work of capillary articulation and meticulousness. Sound contributions of struggles and revolts, political protests and demonstrations, wars and triumphal marches, an exploding and restless world compared with the interior restlessness of the mystics who in their own way staged revolutions in the enclosure of their cells!

Visio Gloriosa stands in perfect continuity with all our work to date: from the “mythical” dimension to the “mystical” through a reflection which is filtered by the vision, beyond the mirror, or inside the mirror.
From Orpheus’ glance protracted farther, which seeks the challenge and overcoming of death itself, only to turn back… to the reflected interior glance of contemplation and mystical reflection: almost a circularity of the glance!

“… and the soul that-has-lost-itself is at last without-itself, so only is-of-itself, knows nothing and knows everything, can bear no love due to love of love, Free Spirit, which is everywhere because it belongs nowhere… ”
Margherita Porete 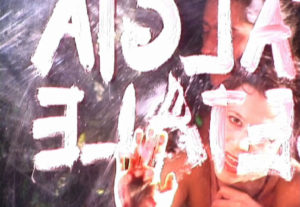 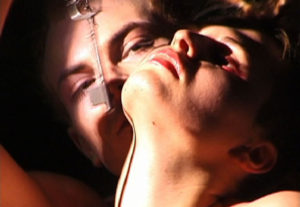 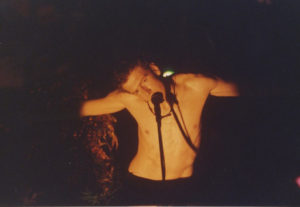 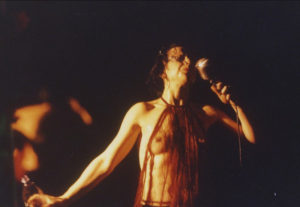 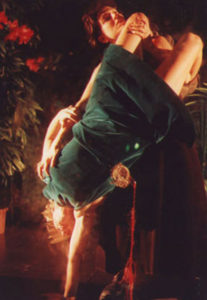 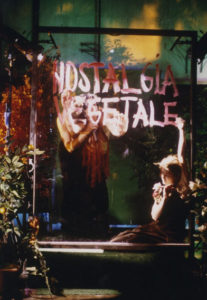 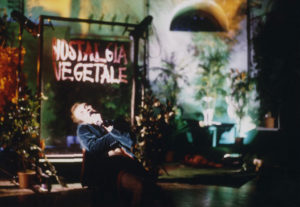 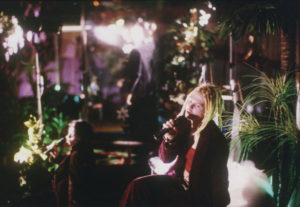 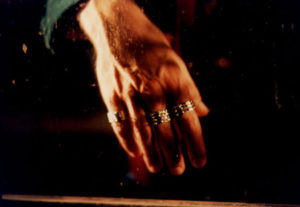 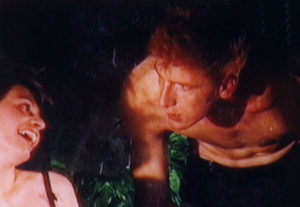 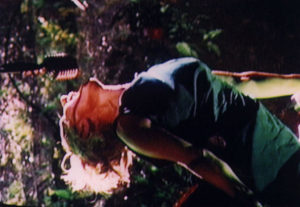 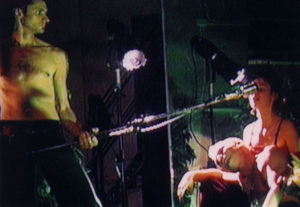 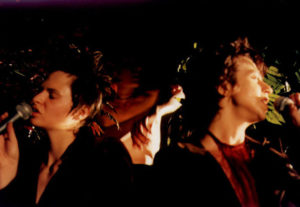 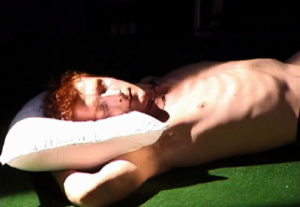