dedicated to Splendid’s by Jean Genet

Exploring, digging up, crossing the borders of the blank page and of our own shows is a usual practice. Deciding that a work is “finished” is one of the most difficult decisions to take. Often we fling the finish line far away, leaving it suspended… The birth of Raffiche already comes from an insubordinate need for openness: on the occasion of Hello Stranger, the project of the Municipality of Bologna which celebrated the 25 years of Motus (Autumn 2016), we thought about a remake of Splendid’s (theatre piece by Jean Genet, which we staged for the first time in 2002, with an all-male cast). But the simple re-staging was not enough, we decided to cross the threshold of sex, the armed and over-protected barrier of gender by imagining the show with an all-female cast. Despite the peremptory prohibition by the international copyright – which prevents from changing identity to the characters of protected works – we continued with other words (those of Magdalena Barile’s and Luca Scarlini’s) and with other intentions.

(…) In Raffiche the gangsters are now a group of activists who execute demonstrative actions to resist the regime of heterosocial domination and control. Women with male names, those of the original piece, who take up (toy?) weapons as a radical criticism to the disciplinary and coercive rulings imposed by biochemical technology and by the power of pahrmaceutical firms which, through hormones, hold control on bodies, genders and the notion of «normality» since the 1950’s.

We had decided to keep the original and extravagant location of the first staging in 2002, namely luxurious hotel suites, where the piece is in fact set, and this has been case for the premiere, in the prestigious Royal Hotel Carlton in Bologna, the Rimini Grand Hotel and other hotels…

This pseudo-realistic and strongly cinematographic version will continue existing since taking the audience out of the theatre and invading a real hotel is an operation we are interested in pursuing… But the urge to demolish walls has planted its roots in us so deeply that, for the 2017 edition of Santarcangelo Festival, we are attempting a new experiment: Über Raffiche, a nude (expanded version) of Raffiche, which will not be set in hotels but in an open space, as the big emptied room of a gym. No walls but only some elegant furniture, no behind the scenes but everything in sight, nude: at the centre just the bodies of our beloved armed actresses.

A map on the ground will be the only information about the geography of the space, where even the “special effects” will be visible as on a imaginary and rickety movie set, which goes on in a Loop, with no beginning and no end for 3 hours (or maybe more). An exasperated repetition of gunshots of words (and ironic micro-dances) not to surrender, just like Rafale, who, in our version, instead of attempting suicide and giving up the fight (as it is in Genet’s original piece) does not drop the weapons and… “Continues shooting. Shooting again (…) so that in the rifle barrel a new voice will sing, the statements will break, a word which belongs to no author will vibrate, freed from the misery of a denied right. The gun-shots, the explosions, the raffiche in art have nothing to do with terrorism and with the world’s terror. If anything they are a way to attack it, to make it crumble, to unveil its grotesque and coward core, to free ourselves of fear.” 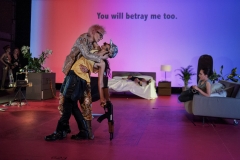 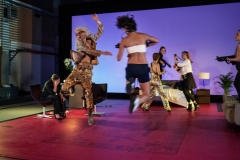 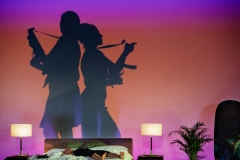 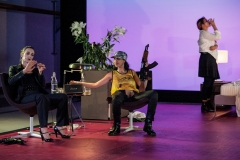 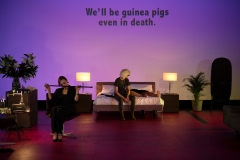 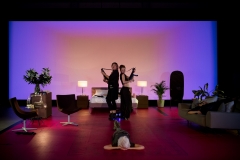 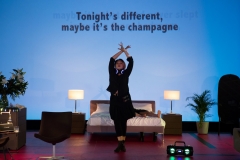 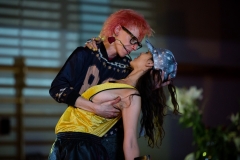 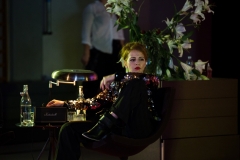 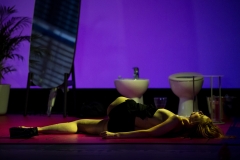 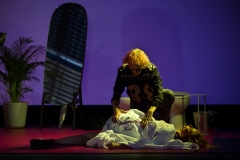