Chroma Keys is an incursion inside cinema, inside the wonder of fiction and of its old stereoscopic “tricks”. The possibility of the sudden appearance and disappearance of an “alien” body in the scene of a film – which is at the basis of the artifices of a big part of early cinema – had intrigued us for a long time, but we would have never imagined to get to such a shameless sabotage of the frame. We worked with the green screen on Panorama, our recent production realized with the actors of La MaMa New York: this is also rooted in cinema, however more with the aim of questioning/boycotting the, often dispiriting, dynamics of the auditions… With Chroma Keys instead, we use the same simple green/endless photographic backdrop to accelerate the liberatory and visionary power that this ancient cinematographic technique implies, unveiling its mechanism in a performantic way and… with a bit of irony. Silvia Calderoni intervenes/plummets into an hallucinated journey-trip with an apocalyptic climate, immersed in that light of an imminent disaster that so often recurs in Bela Tarr’s filmography… A motionless movement that could continue endlessly, crossing film “quotes” that somehow refer/treat/reflect the disappearance, the sense of going or leaving, of abandonment, but also of discovery. The futuristic and dystopic atmosphere remains ambiguous and suspended: is a “world to come” assumed, or rather, “a world to come without world”, with the looming of an event which “puts an end to all events” as in Melancholia by Lars Von Trier? The completion of the script is up to the public. 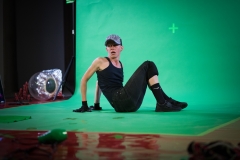 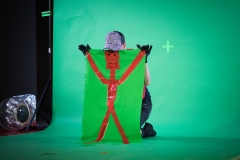 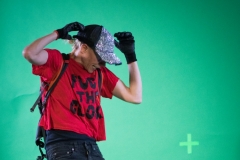 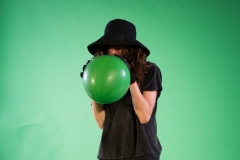 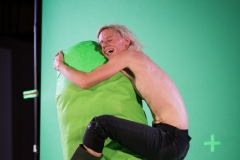 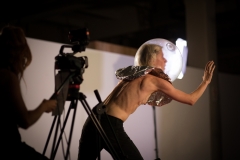 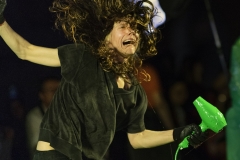 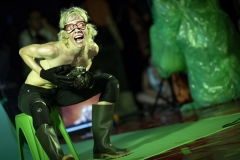