In video the children of the Gipsy camp of Via Cupa Perillo; Dario Cristiano from the band “Arancia meccanica” and the crew UNS from the social center “Placido Rizzotto” in Melito; the writers crew of Marano: Corrado Lamattina, Luigi Davino, Fabiana Vardaro, Davide Giuffrè; the dancers from the social center TCK in San Giovanni, the chairman ot the “Structured Unemployeds Association” from San Ferdinando district, the bands “Linea periferica” and “Sotto zero”.

Motus thanks DC Records Italy, Dany Greggio, all the crew of Punta Corsara, the staff of Perditempo Restaurant, Lavinia D’Elia.

We want to inquire into these two types of suburbs through the black and white eye of the video-camera, seeking contact with kids who live in these places, recording their voices, their expectations and their songs. We want to gather images and experiences that don’t correspond to the usual stereotypes of bullying and micro-criminality. We want to record attempts at being, doing and reacting artistically to the “desert created by adults”.

The staff at Punta Corsara, the theatre centre founded by Marco Martinelli in Scampia, acted as our guides and consultants for moving around in these areas, controversial and all too trivialised by the media, working with us towards a final party that we organised in April 09 in Scampia, with some the bands, dancers we met in the area and in gipsy camps.

That day the stage will be taken over by the young musicians met during shooting in October, against a backdrop of micro-video-clips that will also be the soundtrack for the show at the San Ferdinando… a festival of live music, performances and above all great freedom to speak out and listen.

In these two years of work we have sought, brought in and involved on stage and in videos those people who don’t want to know about being like everybody else, people who can’t hack living the quiet life, people at bottom… like ourselves who, after vicissitudes and struggles with the world of school, work, university and politics, decided in the end to go for theatre. 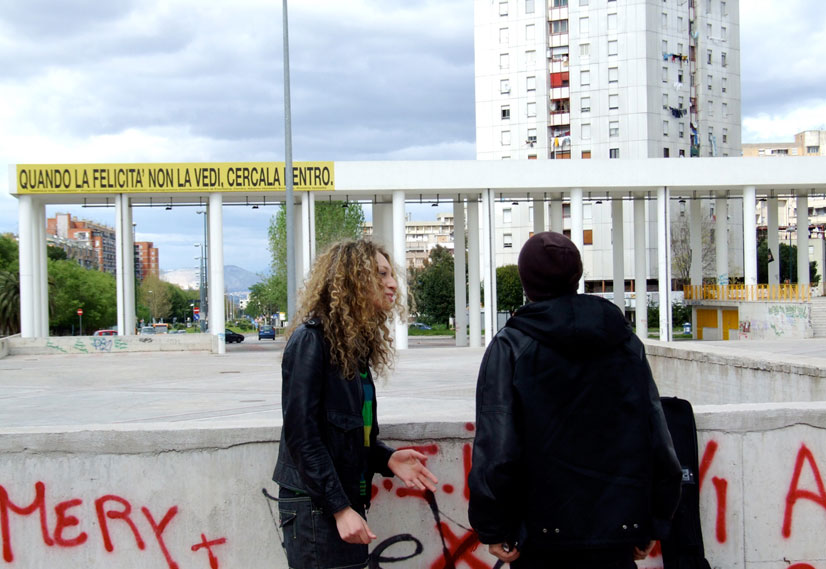 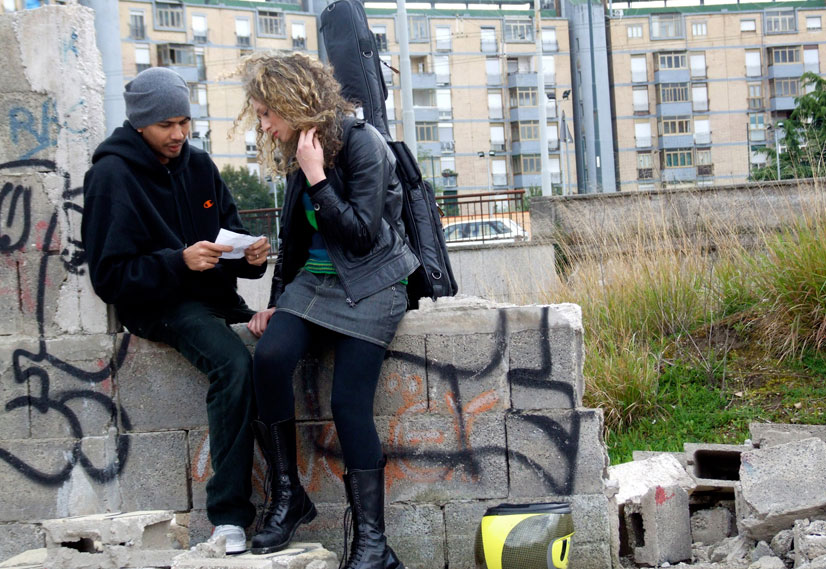 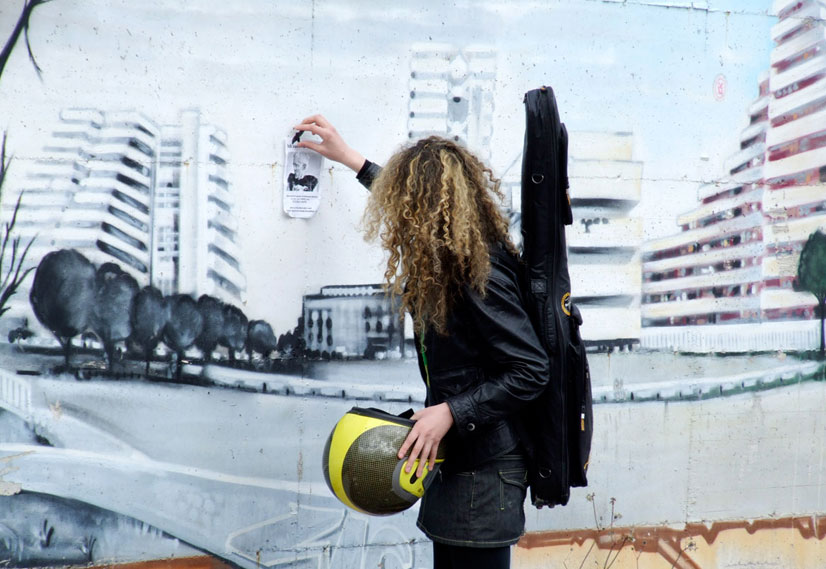 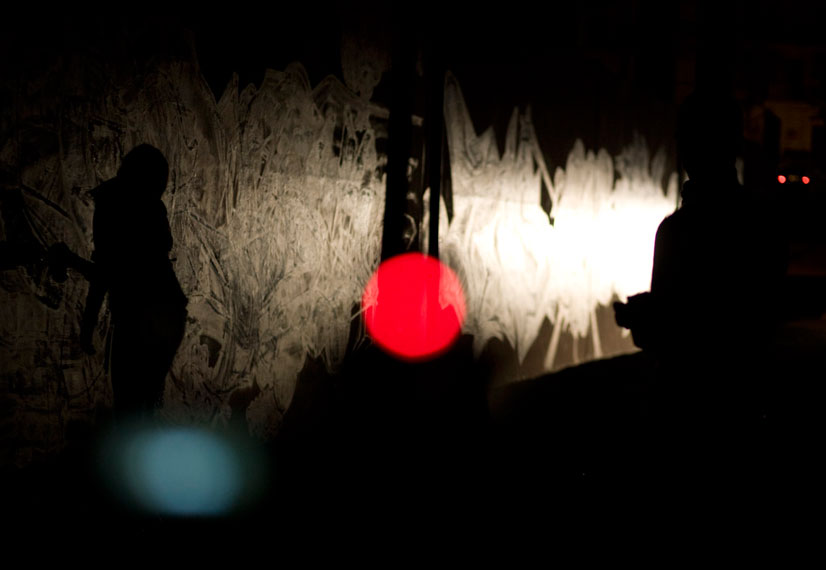 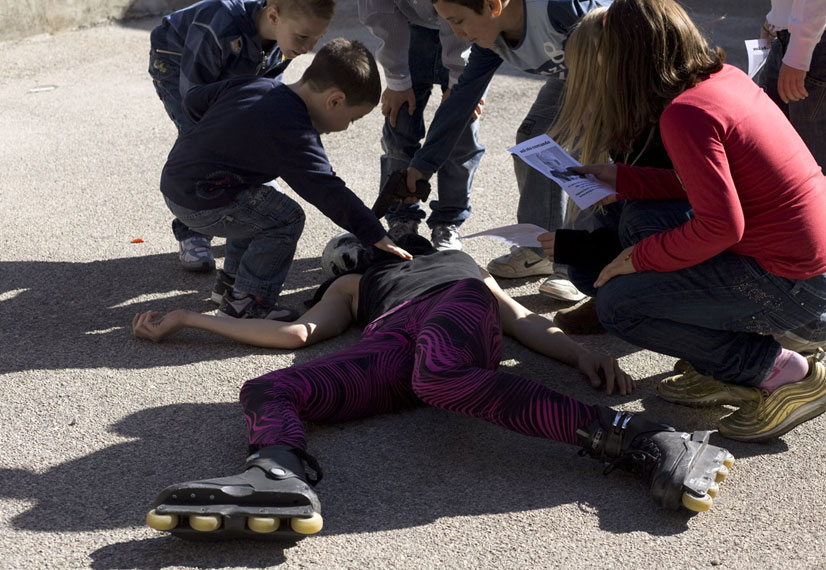 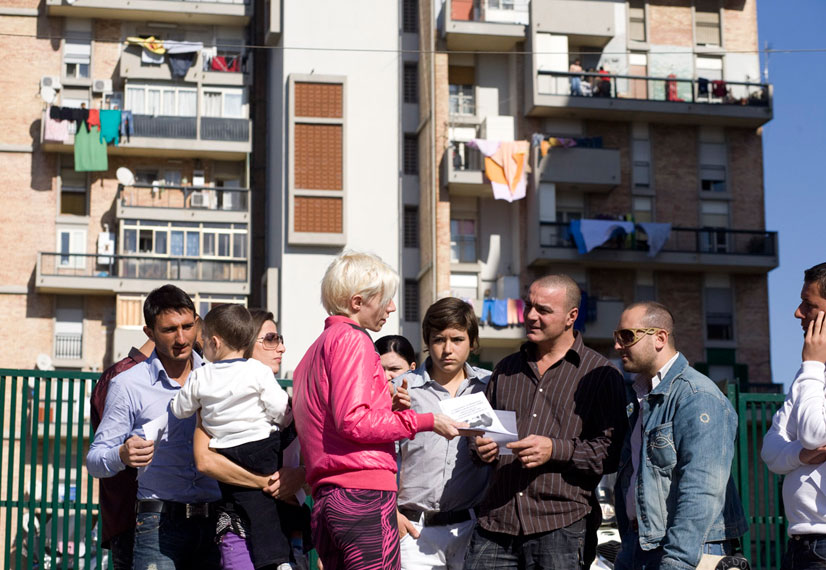 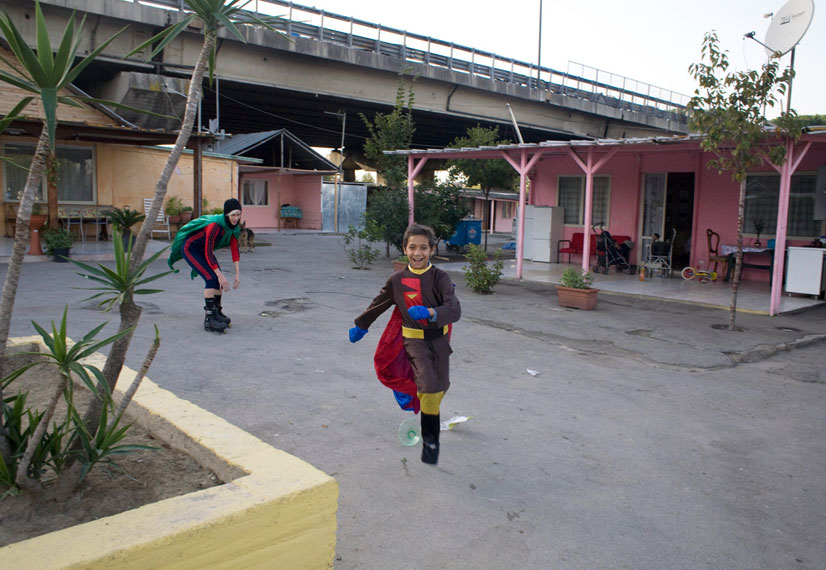 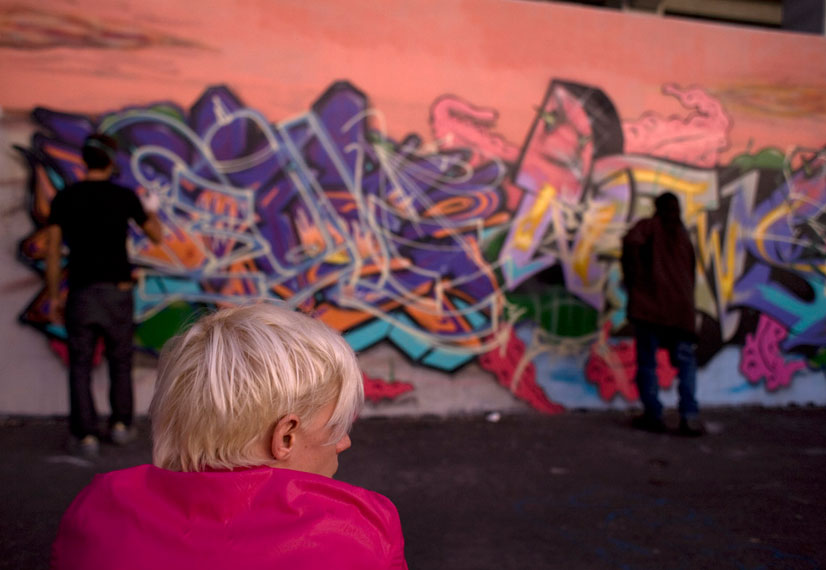 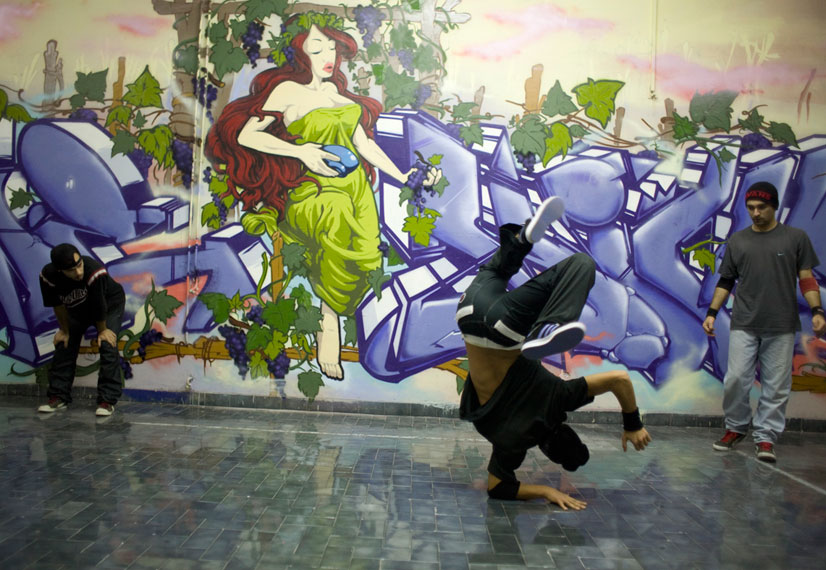 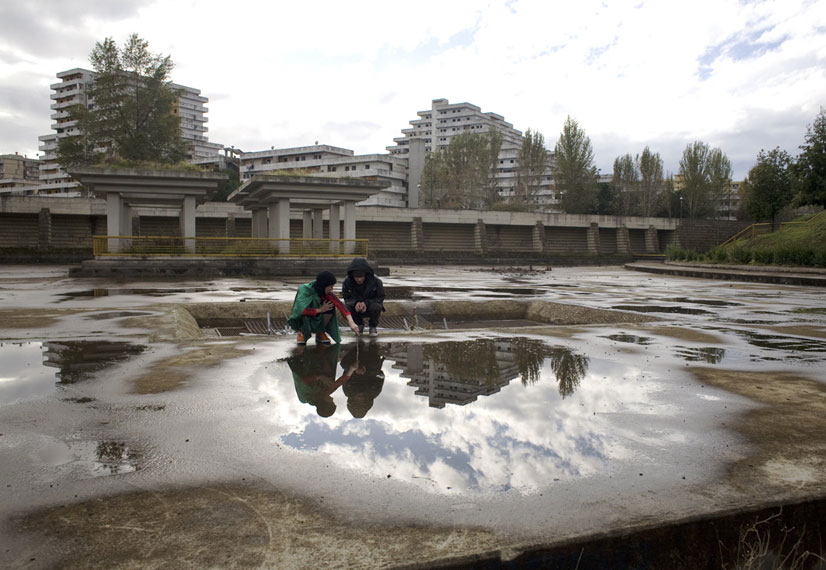 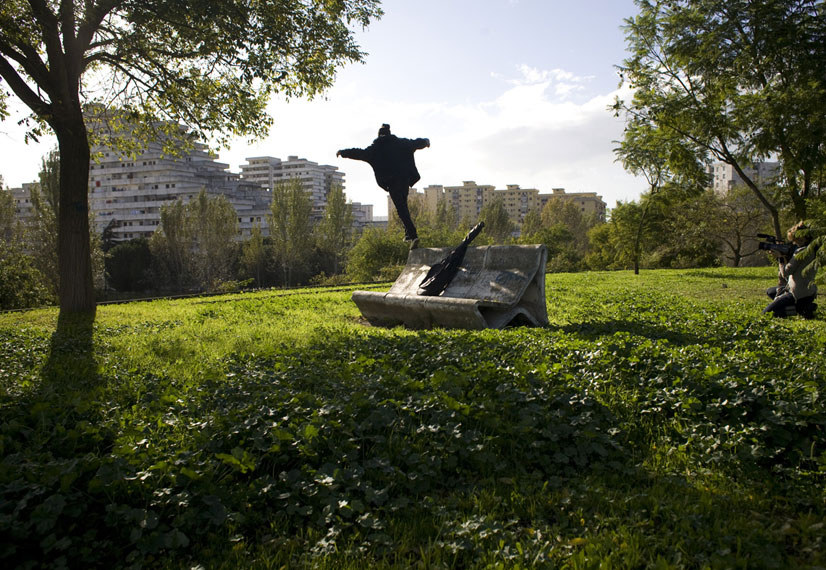 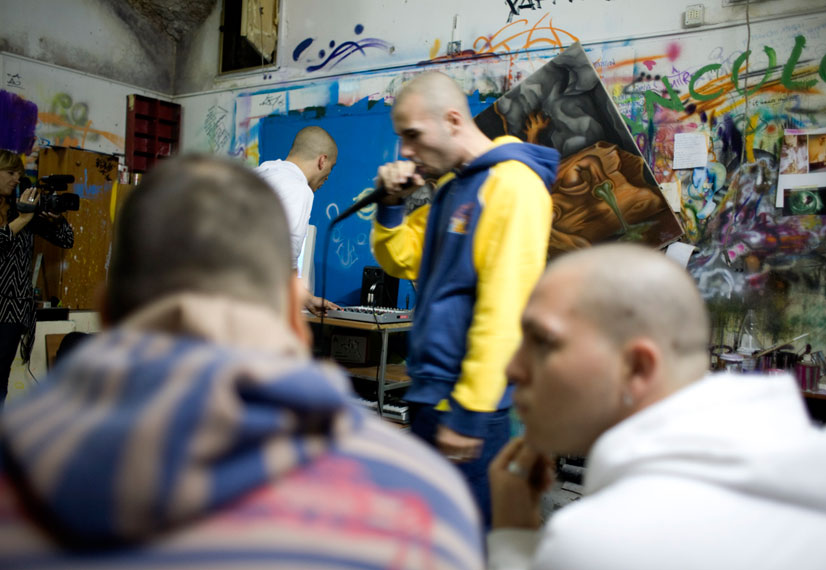 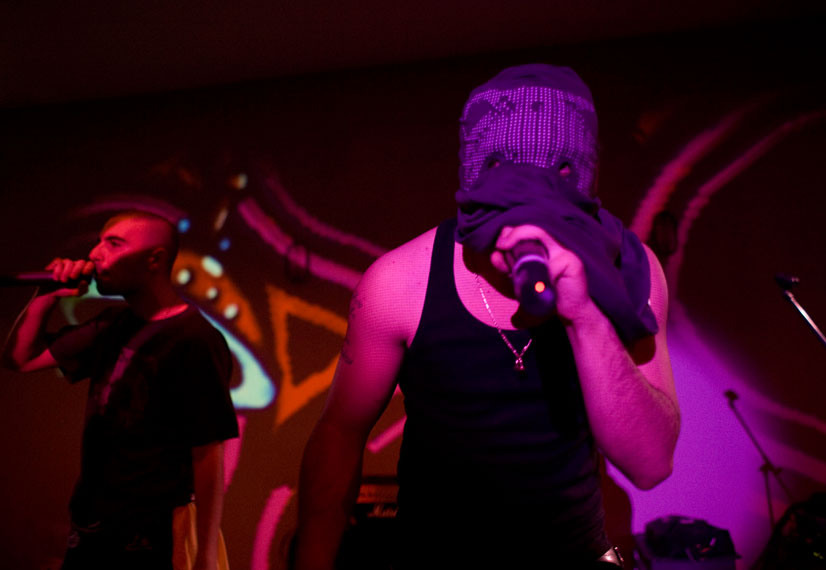 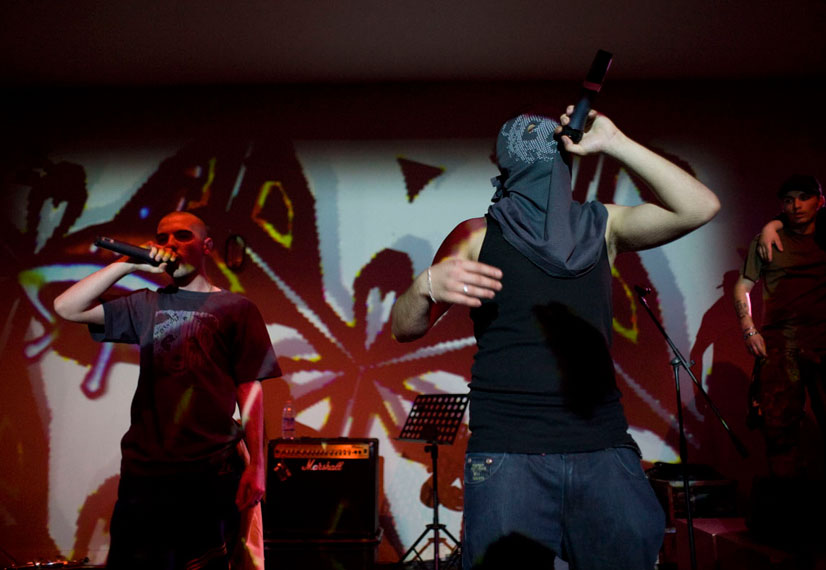