devised and directed by Enrico Casagrande and Daniela Nicolò

From the first movement of X(ics) Cruel Tales of Youth

A military aerodrome seen through the mesh of the fencing, a shopping centre, an old gravel quarry on the Marecchia river, a house whose walls are completely tattooed with writings and drawings, an empty stadium… Also inIcs_Notes for a film the places, landscapes and interiors are margins, fringed and scratched edges of the area we live in, shadowed folds of the hypothetical linear city between Ravenna and Cattolica…

A margin made up not only of abandoned, forgotten places but also shopping malls and multiplex cinemas. These sparkling cathedrals stand in the middle of nowhere, in the heart of agricultural Romagna, amid flyovers and the smell of fertilizer. They made us think of the “palace of light”, the Metro-Center described by J.G. Ballard in Kingdom Come, a novel whose extraordinary lucidity affected and guided us in imagining this “non film”.

The few dialogues, crooked and sometimes out of synch which emerge shattered and unresolved in the rare moments of meeting between the solitary characters of the “non-story”, come precisely from a rewriting of parts of this novel and another recent Ballard book Millennium People. Through choice, ingenuousness and courage, in Ics_Notes for a film there is neither plot nor solution, it doesn’t go anywhere.

There is no great acting, no coup de cinema.

The passing of time and the boredom that emerges are the indisputable players in this work. We show time that passes by inertia, we linger on the faces of a boy and girl who look at each other and have nothing to say: they sit there on the pavement, as you do on Sunday afternoons when you’re twenty, waiting for night to come, for another day to go by.

Fast skating, the training of a girl who wants to talk to her peers, to share her unease with them, to try and create “an invisible insurrection of bodies”… does it lead to something? Does the encounter take place? Bring about some change? Maybe it does.

In any case everything evaporates, as volatile as our glance. A man meets his son. They play, walk around, nothing more. There’s nothing else behind it, no design, no metaphor or double meaning unless it’s emptiness. The emptiness of normality. The emptiness of just how it is.

The attempt to mend a relationship also emerges, a potential story, but the edges are too fragile for needle and thread to really stitch them back together, to contain something that in any case is seen to be always liquid and fleeting.

Words are overpowered by wind blowing through the room, making them imperceptible, null and void, muffled by deafening noise like that of the aircraft in the film, continually crossing the sky and cutting it into pieces.

So why? Why put together fifty minutes of information, numerical data that will require fifty minutes of the spectator’s attention and certainly another five to express an opinion? Because we are absolutely fed up with the stories, no matter how fine, that the cinema has given us in its brief but overflowing life.

Why is there still only one possible way to construct a film, setting out from a screenplay and drawing together various threads, astonishing the spectator with references and twists, this in spite of years of experimentation and de-structuring? Why is there still only one conception of theatre, referring to a text or narration, when it has been demonstrated that an image conveys far more than a thousand words do? …

And yet… we’re still here writing these things.

To do things as much as possible by overturning creative itineraries: when we began the Ics project we didn’t lock ourselves up in rehearsal rooms but chose to stay outdoors, filming for days and days… and now, after a year, we’re stitching the images together in this format while planning the next project.

We’re on the edge of a cliff. But we’re not going to jump.

We look down to the bottom, beneath our feet, moving the zoom back and forth, noting the drone produced by this movement and trying precisely to recount that drone which doesn’t annoy us but rather stimulates us to go inside, behind, beneath the surface of the screen and of things. 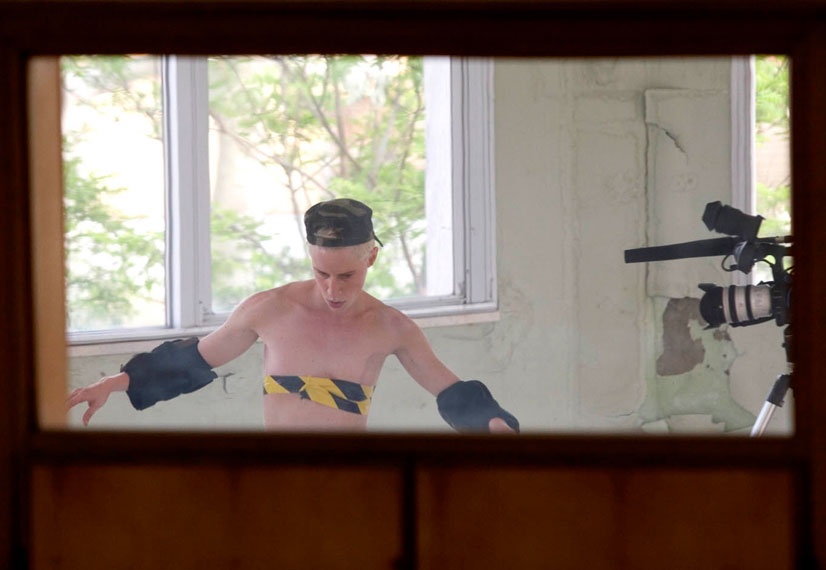 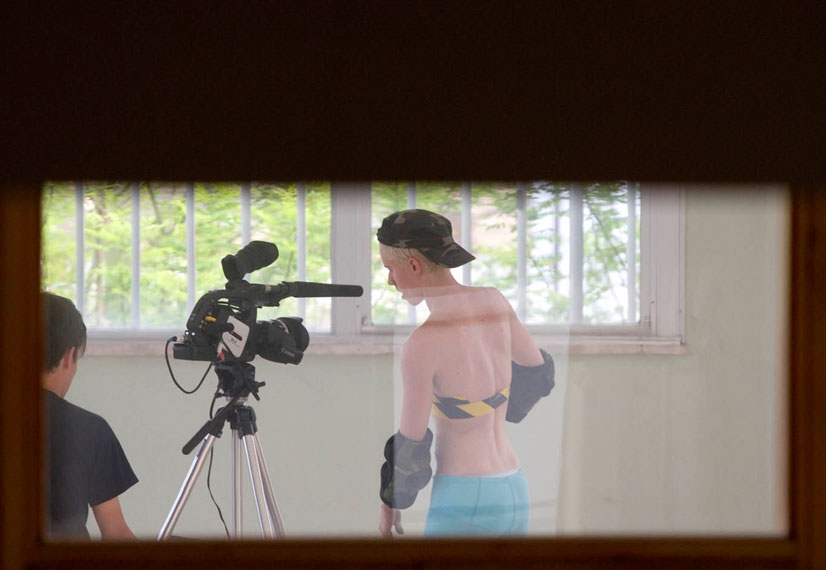