Only dim shadows emerge from the Antigone of the Living Theatre, watched on tape because we were too young then… and yet the Too late! that hypnotically echoed among the chorus is so impressed in our memory that it is now used as a title. The research on the relationships/conflicts between generations started in X(Ics) is now going on in the formula of a construction in becoming: informal actions/performances meant as contests, that is confrontations/clashes/dialogues on the hypothetical representations of a shining Antigone of today. An “impossible to forget image”, that still scandalizes for her swinging between genders and for the uniqueness of her refusal to become a mother and a wife; she is an isolated, almost inhuman figure: the first Kantian in history. When she declares I admit I did it. I won’t deny that, she stresses her refusal to be forced to denial by the language of Other-Creon… Her laying claim to the action means making it public once again, taking full responsibility for it for the second time… even if it’s too late. Biner called Antigone “the tragedy of the too late”, because all the characters seem to act or mend their ways only after something irreparable has happened.

Is it maybe too late for us too? Je me révolte, donc nous sommes is the title given to contest #0, created at the Chartreuse d’Avignon last spring: it is taken from Camus, who spoke to the individual and knew that every form of collective action had to be (and must be) rethought, without surrendering to individualism.

In the “widespread gloom of the public sphere” the opposition to Creon is based on the refusal to separate action from the individual. And we like this. This is one of the reasons why we choose an (Antigone) in brackets as image-guide of our new “in motus” itinerary among the revolts of contemporary times.

Tired of the emptiness of meaning, of swirling formalisms, we are urged to think of a theatre that is also a proposal of action, a weapon of “poetic-terrorism”, perhaps anachronism, that surfs among thoughts, grinds up what happens, sometimes smiles and sometimes gets furious, sometimes gets lost – having nothing to lose – always with the irreducible desire to stir up the feeling of impotence that lives within us and the generations that have followed us.

So TOO LATE! is the second contest, where Silvia/Antigone/Haemon face Vladimir/Creon in a merciless mechanism of expositions and challenges that deceitfully amplify both power games between fathers and sons and those of contemporary “New Dictators” who, hiding behind the rhetoric of welfare and success achieved at all costs, also try to tame the avowed disobedient ones … While contest #1 was so focused on brotherhood that Polynices/Benno Steinegger, in a split between being a pacifist and a terrorist, accepted ambivalences from the different exegesis, here the focus of this confrontation are power relations: from the smallest everyday intolerances to the degenerations of “The Fathers of Media” who acts “for their children’ sake”…

The dialogues are generated by an almost situationist dramatic itinerary which sets the actors to active participation in the theoretical-practical debate on the attempted staging: outside the comforting safety nets of representation we lay bare the desire to “transform outrage into action”, or the yieldingness aroused by the permanent generational sensation of “being born” too late. 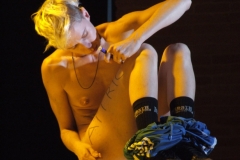 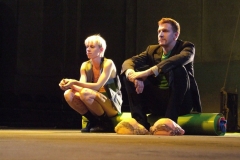 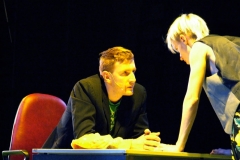 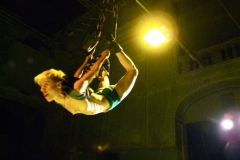 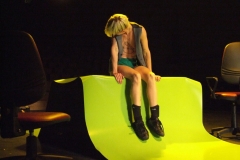 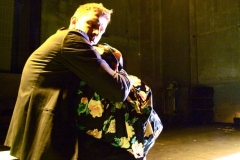 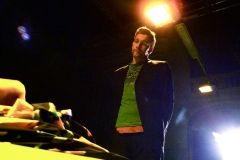 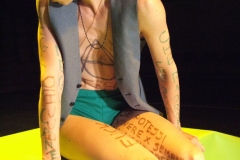 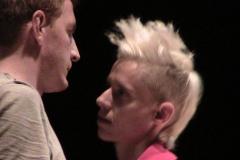 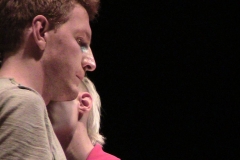 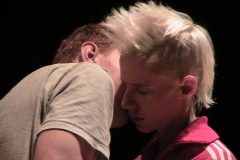