Silvia: – Rec #11, over a month’s rehearsals we’ve been trying to avoid having Antigone die, but it’s impossible, it seems her fate can only be that… but if Antigone dies it’s as if I have to die too. No, too soon. They’re teaching us to disappear and I want to be visible, listened to… and I don’t even want to go away. (Laughs)

“And will I no longer see this sacred light of the sun?” Antigone wonders as she is led to the grave.

But is that really how it is? Here “the actress playing Antigone”, after so much public exposure, stands in revolt against the “black” of herself, attempting a utopian reflection on artistic perception (and action). She seeks Tiresias, deprived of his sight for “having seen too much”, among unknown faces, on the shore of a bottomless black lake, in a sort of movable encampment like the many that have sprung up from nothing in the outer cities, built by those who have lost their living space due to “the crisis” or have simply decided to Goaway. The “obscure place” is shared and lighted by the gaze of the spectators who also in this case are brought onto the stage space, witnesses of the confrontation which takes on a circular, magical form here. So the trilogy is concluded with an impossible contest: the actresses “play” the roles of Antigone and Tiresias in a suspended, atemporal, syncretistic atmosphere. Though they do not meet in the tragedy, they seem to share a sort of “participating eye” which leads to action on Antigone’s part or, in the case of Tiresias, to bearing witness – exposing himself by saying and sooth-saying. Their excessive glances are attracted by that limit point which the Greeks called Ate, an unstable boundary between life and death that can only be crossed briefly.
In her film “The Cannibals” Liliana Cavani imagined them together, on an impossible flight, joined in a public death by shooting, like two unyielding protesters, in a sunlit square packed with people. Being alive means seeing the sun and being seen by it: Creon committed the basest violence against this equation, with Antigone thrown alive into the darkness and Polynices left to rot in the sun.
This overturning lies at the origin of every disaster: wars and natural catastrophes have left an infinite number of unburied bodies on the streets and left the living to wait in underground darkness. Henry Moore’s drawings of air raid shelters come to mind…
The improbable contest thus takes place on the notes of an abandoning, which is not flight but a journey towards death/camera obscura for Antigone and the indistinct fate awaiting a woman-Tiresias who expresses herself in raucous English, having left the presence of Creon accusing him of being the one who caused the city’s sickness!
Antigone heads towards the darkness of the cave and Tiresias already lives in the darkness of a dazzling blindness.
The two glances come up against each other. Both have seen and announced the same terrible things taking shape.

Maybe only animals were listening?
He who wants to see is seen.
Bertolt Brecht, ‘Prelude to Antigone’

The participating eye is compromising because it implies a seeing and a “being seen”, in an ongoing exchange of roles between Spectrum and Spectator. The separation of living, seeing subjects and dead, seen objects is the effect of a relationship of supremacy: it is the violence of the glance that totalitarian and advanced capitalist States impose on their citizens. It’s no accident that all the rich countries’ legislative systems have reformulated their body of laws concerning forms of nomadism – migrants, tramps and Roma people – and the various forms of madness. Delimitation of territories, new concepts of frontier and belonging are called upon to function as “dark supervisors” of environmental dynamics aimed at surveillance of unexpected movements, forms of gathering and sharing that cannot be catalogued. Whereas journeys and migrations lie at the origin of the whole of western history, including foolish ones like that of Ulysses who gave up family, home and friends to set out on a voyage. Tiresias, having become blind, was condemned to wander ceaselessly, called to the places where tensions exploded, to say… And Antigone herself left the palace, the objects of her affection, her beloved Polynices, to follow her father Oedipus on a peregrination with no destination, begging, towards nulle part as Henry Bauchau writes in Oedipe sur la route… And we too will be going “sur la route” again in August 2010, headed for Athens and Thebes, the places of tragedy today.

In IOVADOVIA Silvia directly evokes the other brother, Alexis Grigoropoulos, killed in Greece in 2008, explicitly shifting the confrontation axis to the present day, as a prelude to the work that will conclude the Syrma Antigónes project: “Alexis. A Greek Tragedy”. We want to go back over the “track of Antigone”, the traces of her journey with Oedipus, in the light of the altered and overturned geography of today’s world, right in the middle of the disastrous crisis… A plunge into the tragic that is gripping this country which is so close to Italy in history and tensions. As always we shall be listening, on guard and with a whole lot of questions to ask. 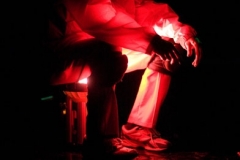 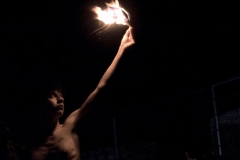 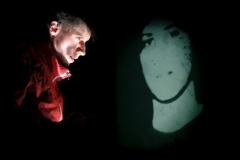 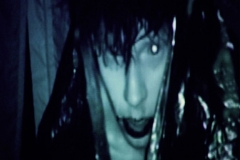 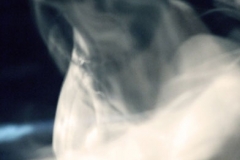 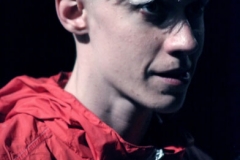 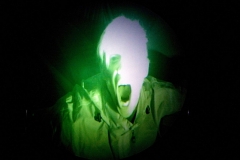 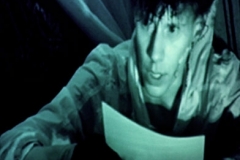 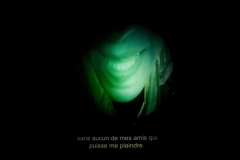 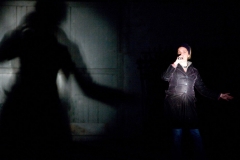 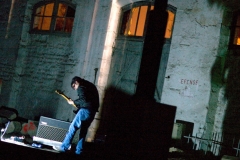 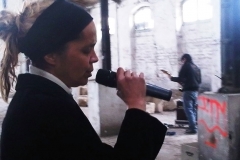