We are weeds, vagabond plants that die in one place only to be reborn the same shortly afterwards.
We’re always there where you wouldn’t expect.
Stubborn, cuckolded weeds.
We are dusty weeds stuck between the asphalt and the sides of the pavements. You can crush us but we don’t die for such a trifle. And if one dries up, others are forming just over there, under the bench.
Little plants that travel, moving in silence, following the winds. And the wind can’t be governed.
In the air we meet scraps of paper and cigarette smoke, with hair and clouds of dandruff, in the air we’re with so many other tiny vagabond insects and flu viruses, let’s go. (non è un imperativo, ma we go on// we do move)
Where the wind takes us.
And the wind can’t be governed. We aren’t at the bottom, neither here nor there. We don’t stay at the bottom. We move, and that’s all.
No, we don’t stay and we are not of, we don’t belong to houses, families, nations and bosses, no, we don’t belong to anyone and we don’t stay anywhere.
Those who want us keep us for a while, and if they get fed up we’re always the first to leave.
And rather than a going from it’s a continual departure for, a being in.
Always between, always with, always in, never here forever, to stop… to do what?
Death embroideries, cross-stitch of passing away, of time gone by like this, killing time saying how I’d like… I could… I’d say… I’d do… and meanwhile I don’t do, don’t say, I cannot …
This is how the decline begins, when you no longer have much desire to go.

RUN is an itinerary in tandem, parallel. A ghostly course plotted among residual zones and indistinct areas, from disused holiday camps on the Adriatic Riviera to the depopulated quarters of former East Germany, from East Berlin to Halle where X(ics) Cruel tales of youth came to a conclusion at the Festival Theater der Welt.

An asexual creature skates through the ruins of past epochs, not prehistory but recent past, from the twenty years of fascism to the post-war boom: epochs of construction, destruction and wildcat reconstruction… epochs of the rule of cement. The rollerblades trace perimeters of zones waiting to be rehabilitated, destined to be knocked down or radically transformed, places that retain traces of past lives and organisations, spaces in between, indecisive, without true function, which are hard to give a name to. Spaces of the no more: they are neither of the territory of shadow nor of light… they lie at the margins.

Places with an air heavy with dust, with words spoken, with food eaten badly, with so much work and effort at the machines: places that speak of their being separate from the world of the living. These are the spaces where kids go to play, explore, discover monsters, wicked witches and carcasses of dead animals, where the young go for their first kisses and wanking, their first joints… places inhabited by people who really have no home and, not so poetically, look for old mattresses to sleep on or corners where they can defecate … Worker places of slavery and residence, of little houses for family format packages, or holiday-buildings for the children of workers deported en masse to beaches like concentration camps, with mesh fences worn out by the winds and the striking of ball games… RUN is this sad going around. Vagabondage, poetic exploration, vague lazy sod among ruins which, for young eyes accustomed to the plastic of screens, take on a gloomy fascination of the end of the world, close or just happened, a morning of sunshine… 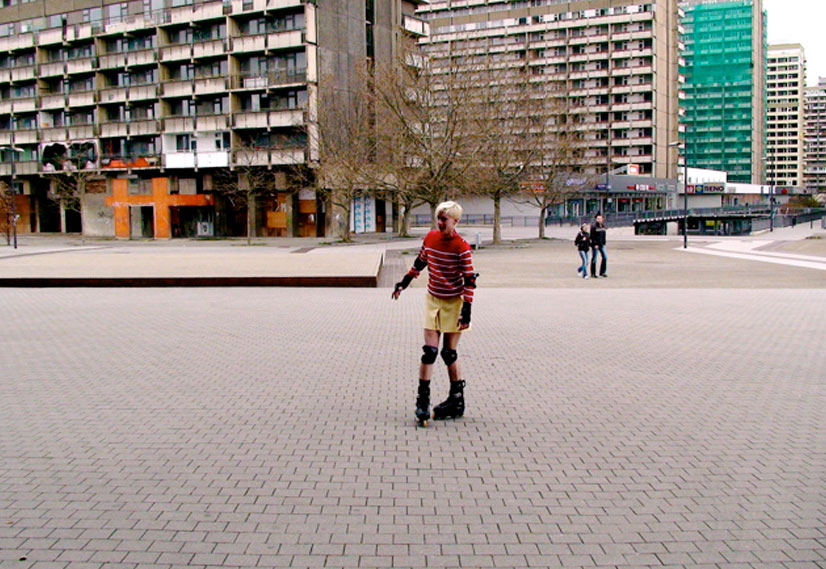 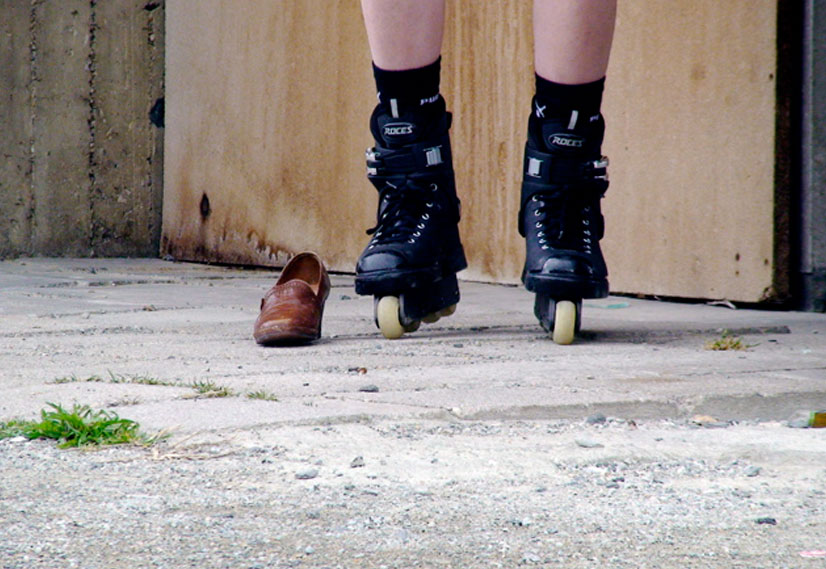 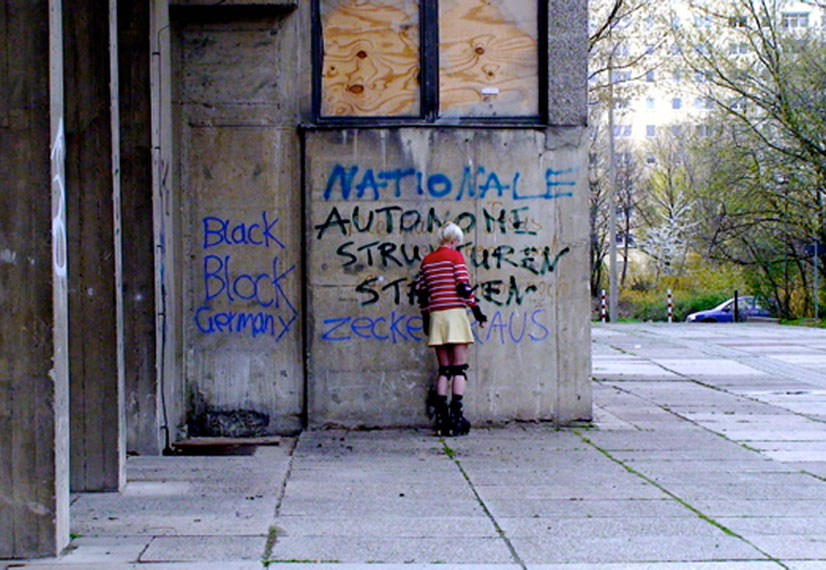 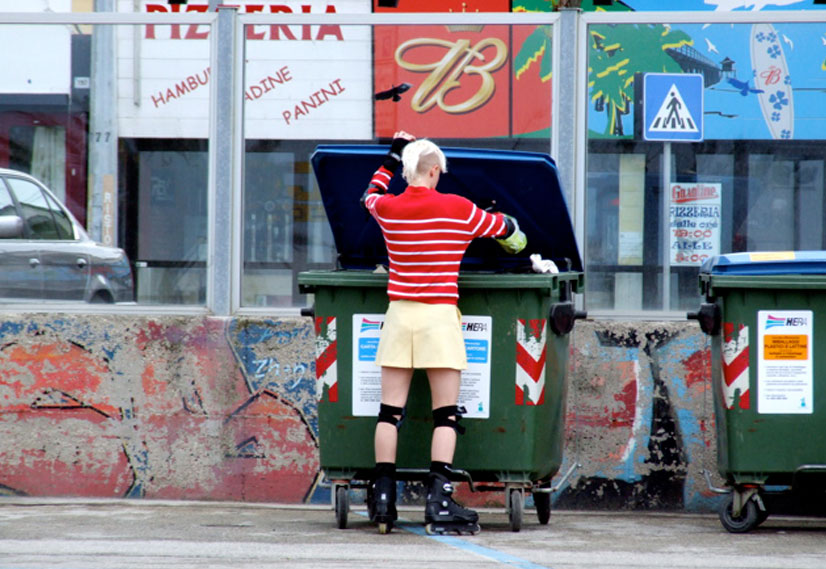 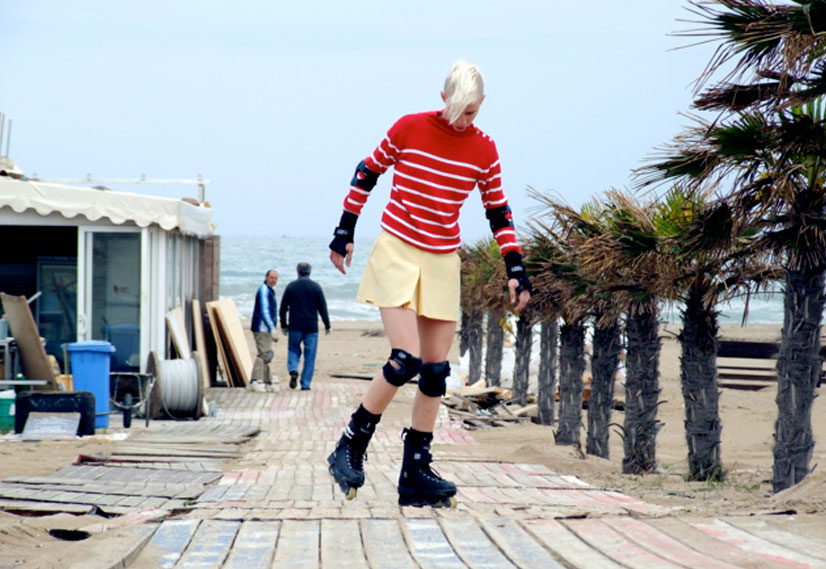 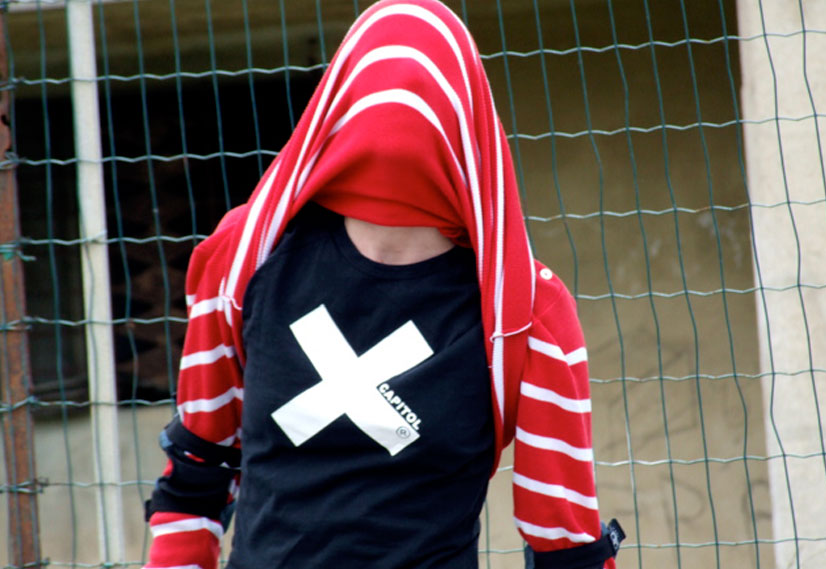 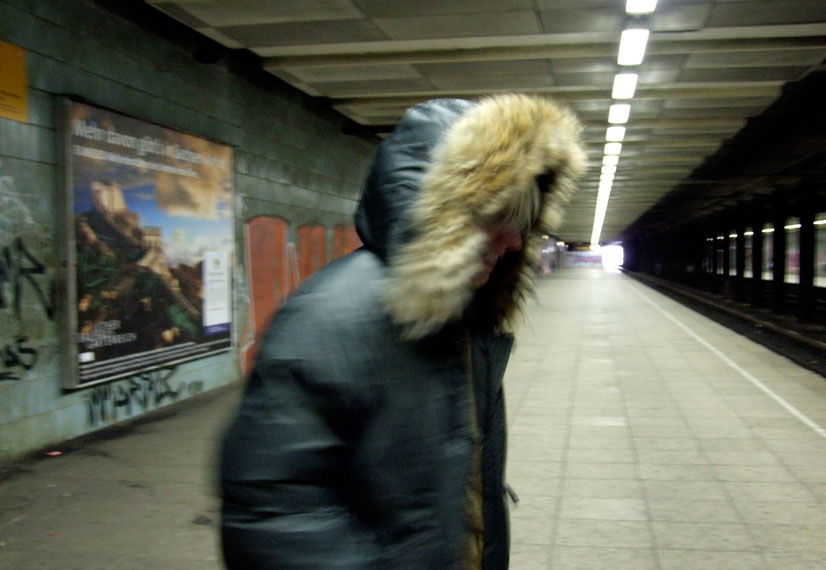 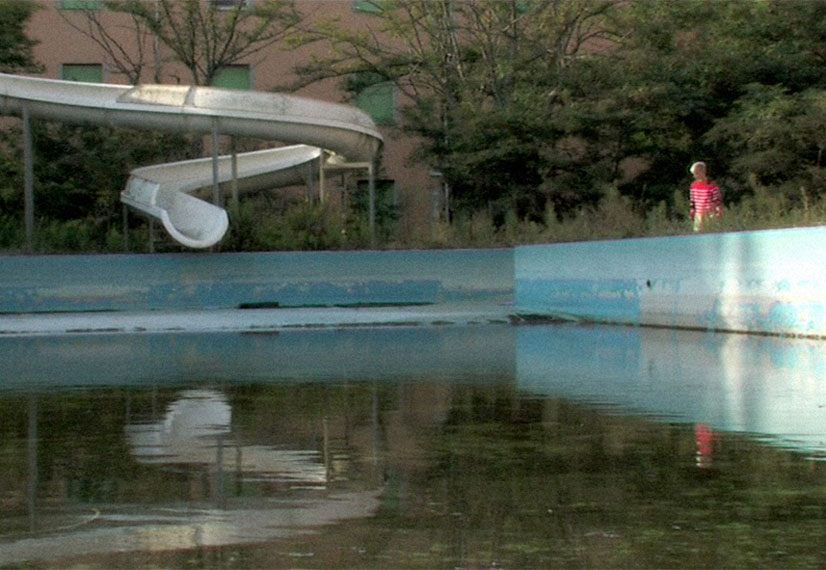 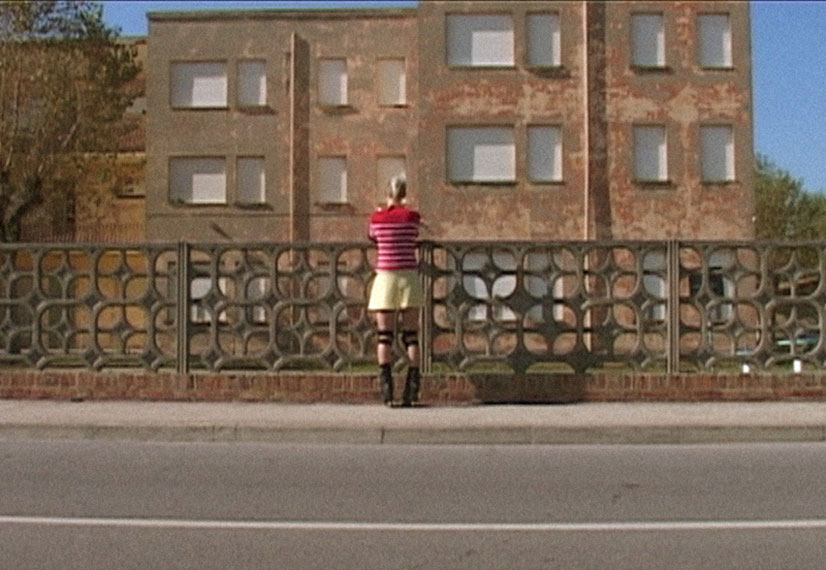 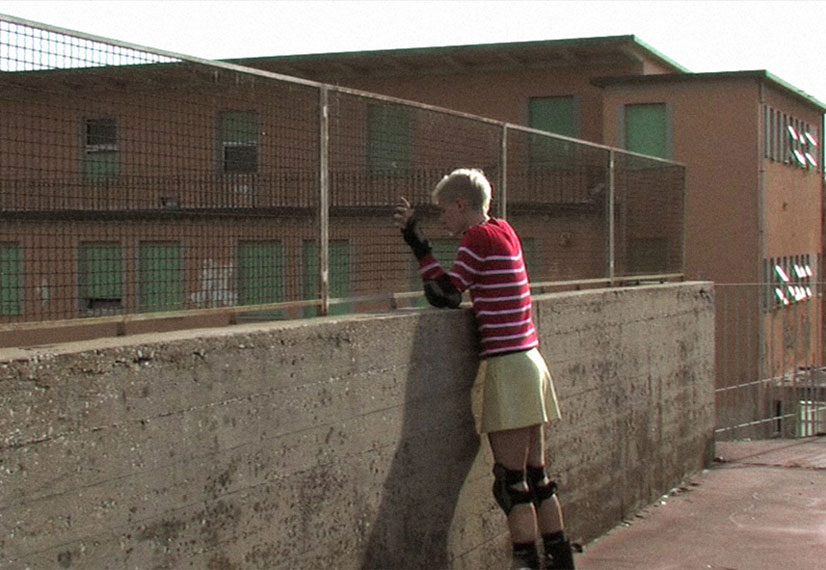 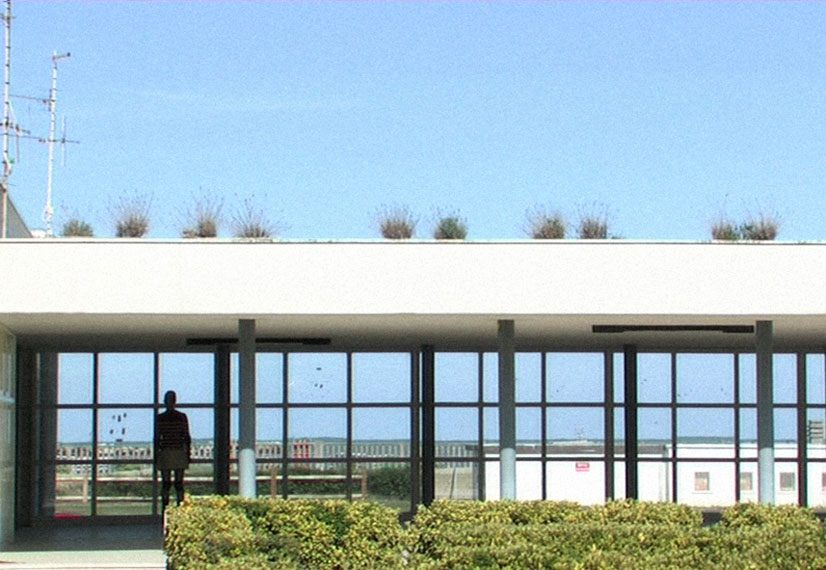 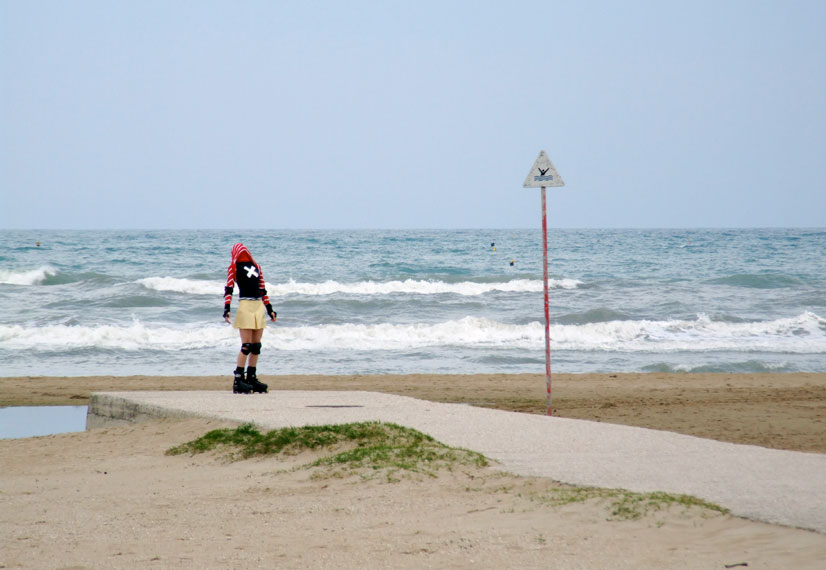 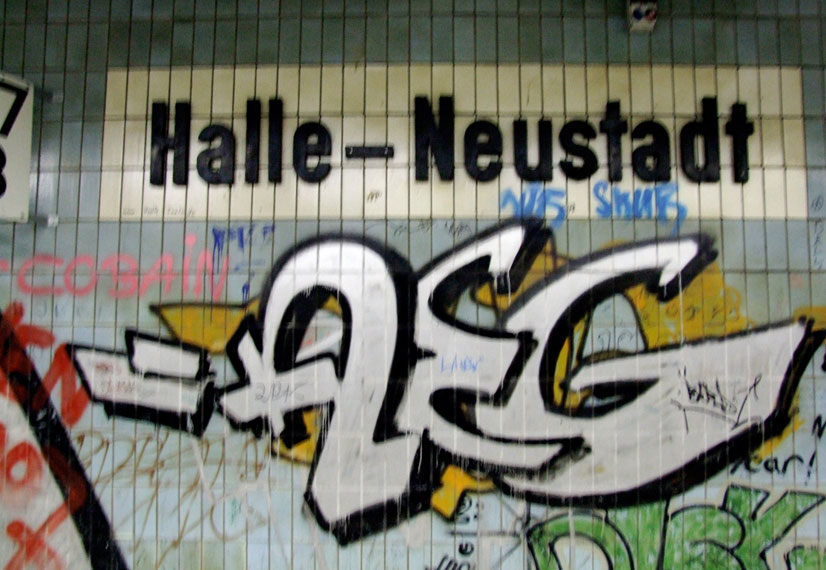 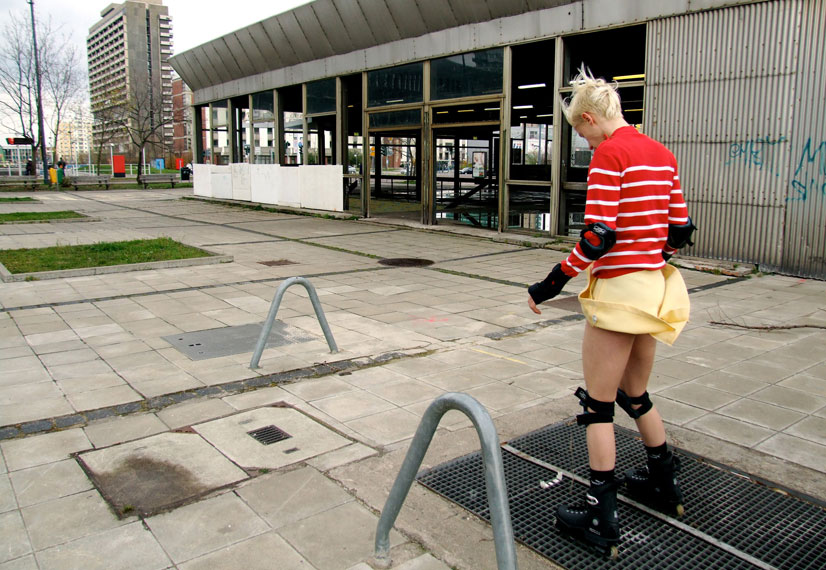 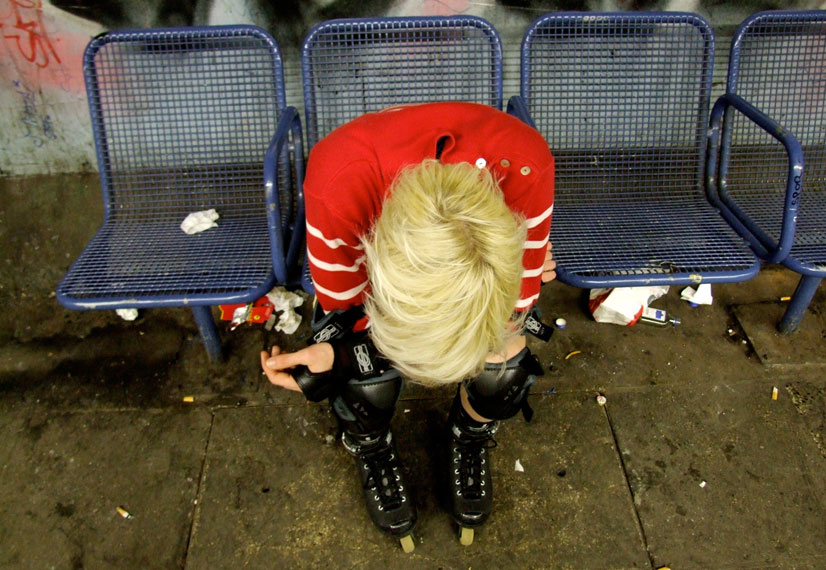