Against all this you must do nothing other than simply continue to be yourselves; which means being continually unrecognisable. Forget right away about great successes and undaunted, stubborn, eternally contrary, continue to claim, to desire, to identify yourselves with the different, to scandalise and curse.”

The Sahara can carry you off when you go into it. You feel its stern glance on your skin; you start walking and everything remains immobile. You can only keep going on.

As on the dazzling salt lake of Chott El Jerid in Tunisia: 200 kilometres of emptiness, only the line of the horizon. White and sky. Nothing.

It was necessary to go, to be somewhat in/of the desert, truly, before plunging into the last phase of this long work itinerary that has absorbed us for almost two years. And we were there with video-cameras and the ever-present super 8.

Every show is always preceded by a trip: Los Angeles and the American deserts for Rooms, and now the Sahara and the outskirts of Tunisia, after those of Naples and Rome, and the fog of the lower Po Valley plain for The Guest… A car trip, with three cameras on the dashboard that synchronously film the landscape which is recomposed into a great kinetic triptych-documentary.

Just as it was a voyage to go through the words, data and “notes for” written by that “poet of things” who was Pier Paolo Pasolini: one must let oneself go, become somehow possessed… And that is what slowly happened: Pasolini, the real Guest, invaded us.

We chose to give voice to his voice, to once more host his shouts of alarm, also amplifying them with a special mixture of means which perhaps were not conceivable at the time of his own theatre experiences.

The original impetus came from the mysterious personage-character ofTheorem (1968), a work of an amphibious nature: “Theorem was born as if on a gold background painted with the right hand while, with the left hand, I was frescoing a great wall (the film).” And precisely this twofold aspect, between cinema and literature, continued to arouse deep reflection. Then we were struck by the provocative and prophetic atmosphere of the text, so tremendously topical in its continual questioning of the inconsistency of middle class life.

“Never was Italy more odious./ (…) yes, even the communist is bourgeois. / This by now is the racial form of humanity.” Il poeta delle ceneri, 1966.

From those days dates his radical decision to start writing about bourgeois situations and persons he found hateful (defined as “repugnant” in the letter to Moravia in the appendix to Oil …).

But it was not the bourgeoisie in its present day aspect that he could describe: he needed a trauma that stripped the characters of their deathless certainties: this “scandal” was brought about by facing the bourgeois with the sense of the sacred, indeed creating a short circuit between sanctity and topicality.

The theme of crisis and of the “banality of evil” in the everyday, within the “new consumerist totalitarianism”, was the fulcrum of the whole Rooms project where in the analyses of the bourgeoisie carried out by DeLillo in a cynical-ironical key (and in another form by Genet) the traumatic element was to commit an extreme act, such as murder or deviance, in order to “gain vital credit” and overcome the fear of death…

In Pasolini the perspective is overturned: what brings about unveiling, fracture, humiliation is the advent of a scandalous external fact such as the irruption of the guest or an angelic visitation as in Oil.

“This character ended up by being ambiguous, halfway between the angelic and the demonic. The visitor is handsome, sweet, but he also has a touch of vulgarity (not for nothing is he also middle class). What is however authentic is the love he arouses, because it is a love outside compromises, outside deals made with life, a scandalous love, a love that destroys (…) he cannot even be identified with Christ, this character: If anything he is more a silent visitor sent by God, like in the Old Testament …” From an interview with Adriano Aprà, “Per il cinema”, Meridiani, Mondadori.

So we attempted a transversal itinerary extended also to other works in which this sacred-destructive element is manifested, such as Pigsty, St Paul and Oil, a theatre piece, a screenplay and an unfinished novel.

Works in which everything is in motion and the continual wandering, always seeking, without knowing where – because something is always missing – is strangely close to Motus’s continual artistic vagabondage. Our name itself suggests this nomadic nature, little inclined to the sedentary aspect of a certain theatre “regime”. The threshold of the city is the point of departure from which Pasolinian reconnaissance begins, in search of a much desired unitariness in the irremediable fragmentation of contiguous realities. And from the margins of the outer suburbs one glimpses the desert that appears with hallucinatory persistence.

Desert as symbol of solitude and denial of history, where man goes not to seek emptiness but when he discovers the emptiness within and around himself. The Apostle Paul took refuge there, the cannibal Pierre Clementi runs around in it in Pigsty and the father, Paolo, in Theorem, “who after giving away his factory finds emptiness around him; in a certain sense the desert is indeed a prehistoric form, but above all this form is such that one returns there when one abandons society …”. It is as though Pasolini wanted to (re)commence from this situation of nakedness, where prejudices and class concepts have fallen away. “Africa, my only alternative!”

But Carlo too, the main character in Oil, goes to the eastern deserts in search of the new “golden fleece”, oil, black gold… and it is precisely in the desert that the criminal war is being fought today for control of the entire planet. Carlo, thanks to his “double”, experiences the most radical moment of otherness, being transformed into a woman: he thus has the experience of being possessed, giving himself to the young cloakroom attendant Carmelo… (another “guest” who appears in Come un cane senza padrone – the performance event presented at the Petrolio project organised by Martone in Bagnoli di Napoli where we in fact worked on notes 58 to 62 of the novel…).

The industrialist father in Theorem has a similar experience when he is possessed by the Guest, again in a meadow, “(…) all his life he has always possessed; not even for a moment has the notion of not possessing flashed through his mind…”, and the mother too abandons herself first to the guest and then, in desperation, to unknown youths.

There is a surprising passage from a sadistic type craving to a masochistic type passiveness.

“Being possessed is a cosmically opposed experience to that of possessing. There is no relationship between the two, the one is not simply the contrary of the other, (…) On the other hand, it is unquestionable that possession is an Evil, indeed by definition it is Evil itself: so being possessed is that which is farthest from evil, or better, is the only possible experience of the Good, like Grace, life in the pure state, cosmic.” Oil, Note 65

“Ah, my bare feet, walking on the desert sands…”

We have attempted a voyage that sets out from Theorem and arrives at Oil. Seeking. A voyage seen through the spectacles and car of the father, Paolo, who is something of St Paul and perhaps of Pierpaolo… A voyage which from the “legendary” sixties arrives at the seventies when Pasolini’s vision became absolutely desperate, a reflection of the obscure political manoeuvres that changed the course of Italian and world history, beginning with Kennedy’s assassination… and the excesses, the sexual revolution, the breaking of the incest taboo, no longer had anything liberating about them.

Sexuality took on an unequivocally De Sadean sign, the De Sade of a cold, scientific repetitive craving that went well with the rationality and order embodied in the fascist, massacring horror.

A voyage that ended, interrupted by death, the only thing capable of carrying out the definitive montage on the life sequence plane. “(…) So it is absolutely necessary to die because as long as we are living we lack meaning (…) death makes a lighting montage of our life”.

All that remains is a shout, a rip in time (to use Michel Chion’s fine definition), in the emptiness, (…) It is a scream that wants to say, in this uninhabited place, that I exist, or that not only do I exist but I also know.

It is what closes Theorem, destined to last beyond any possible end. The scream of Pasolini. 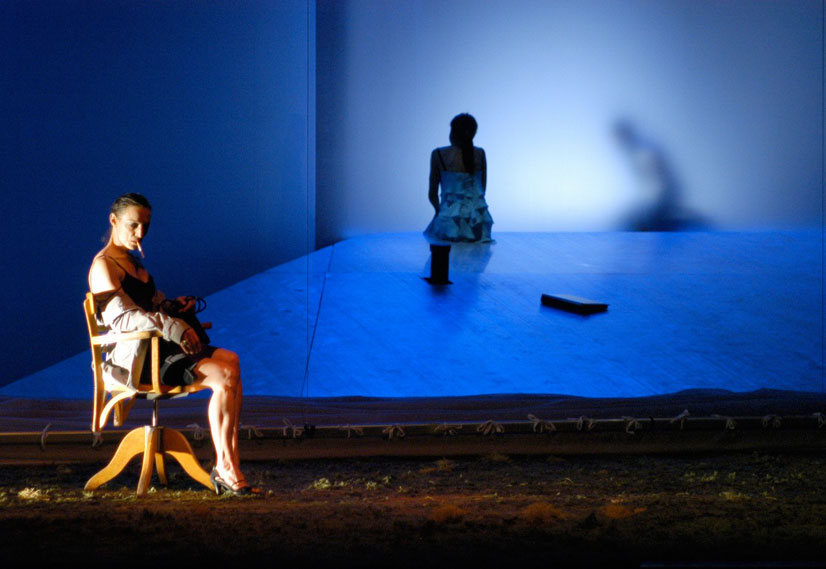 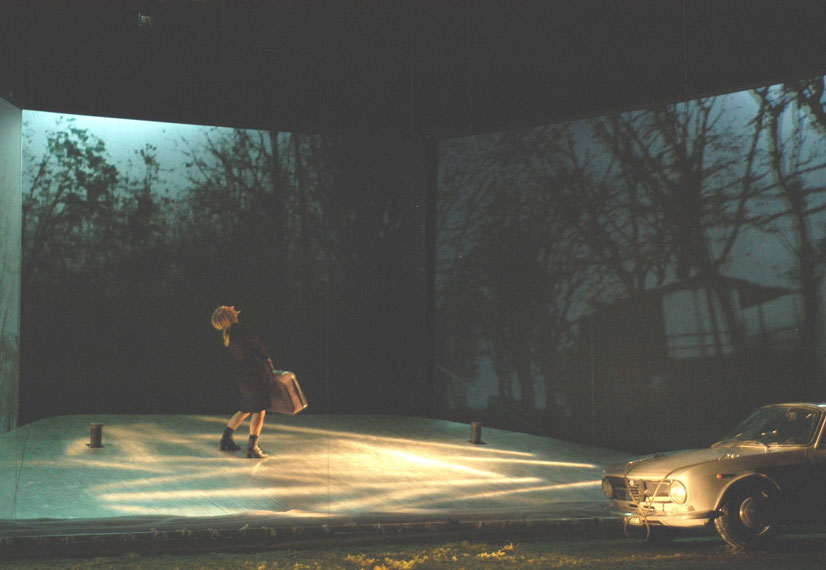 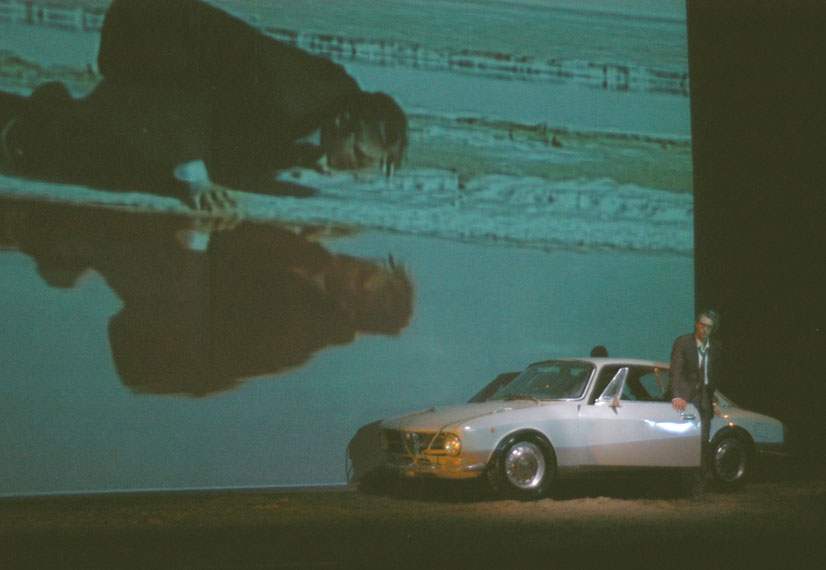 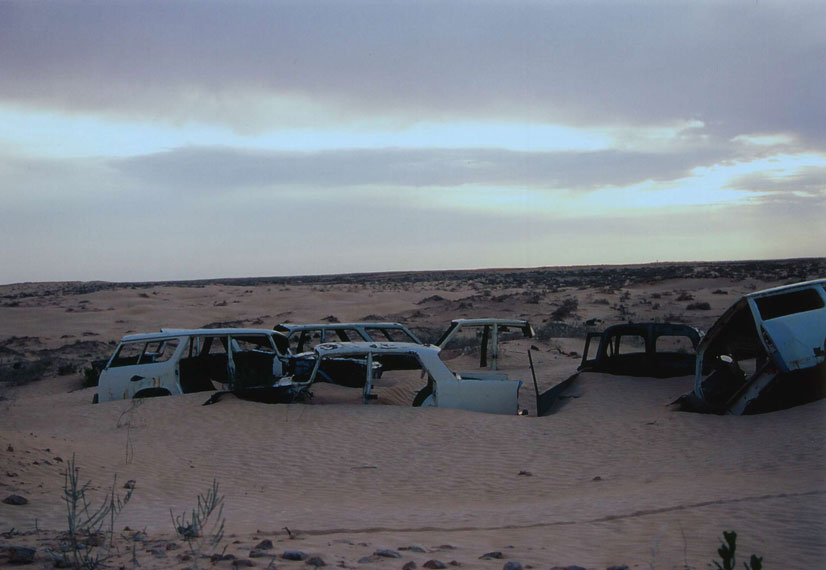 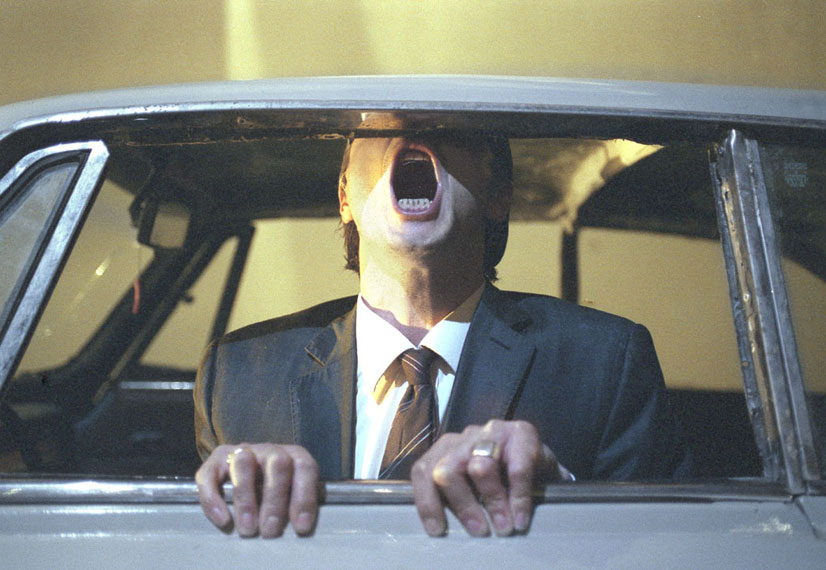 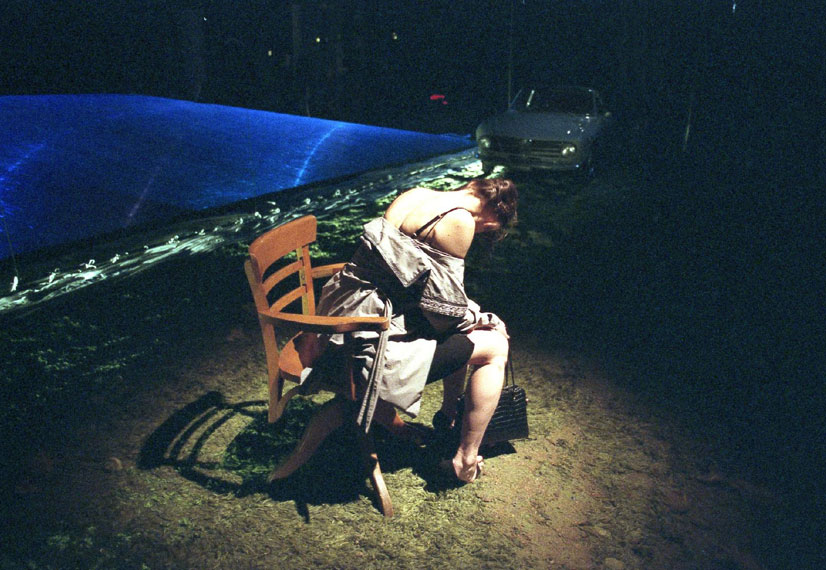 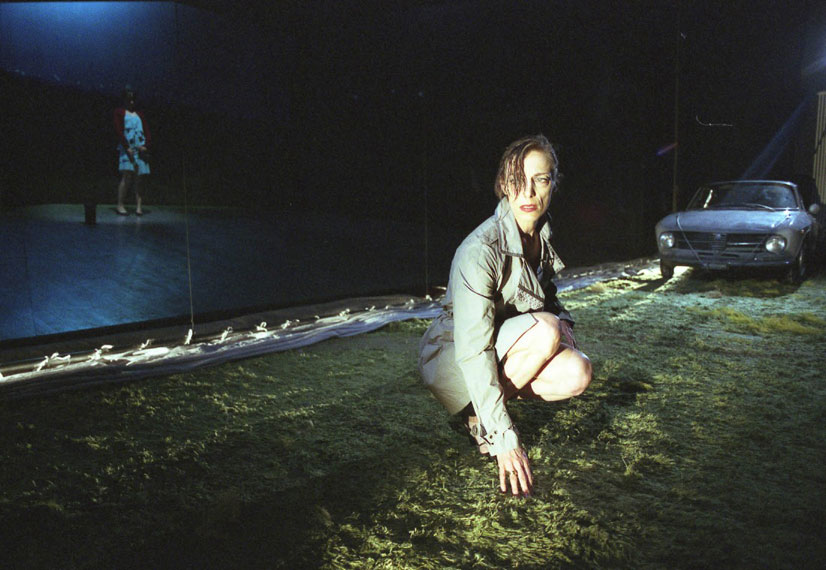 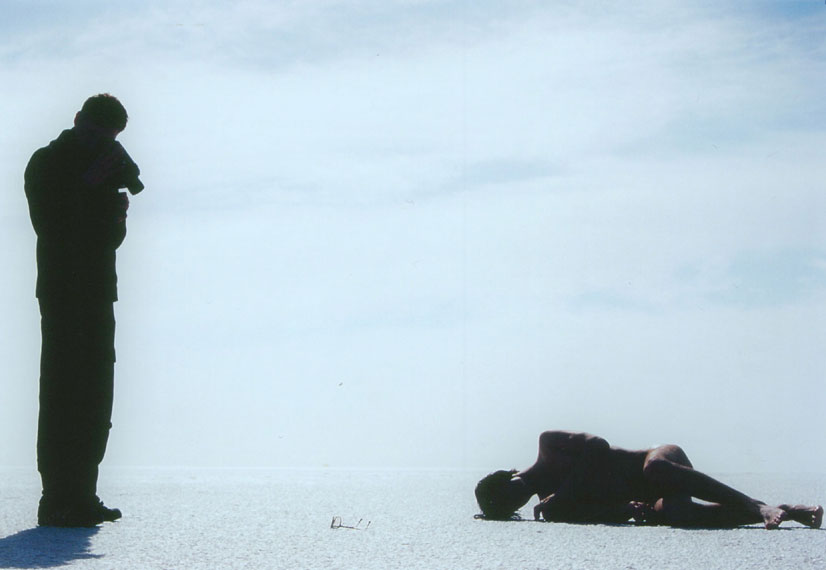 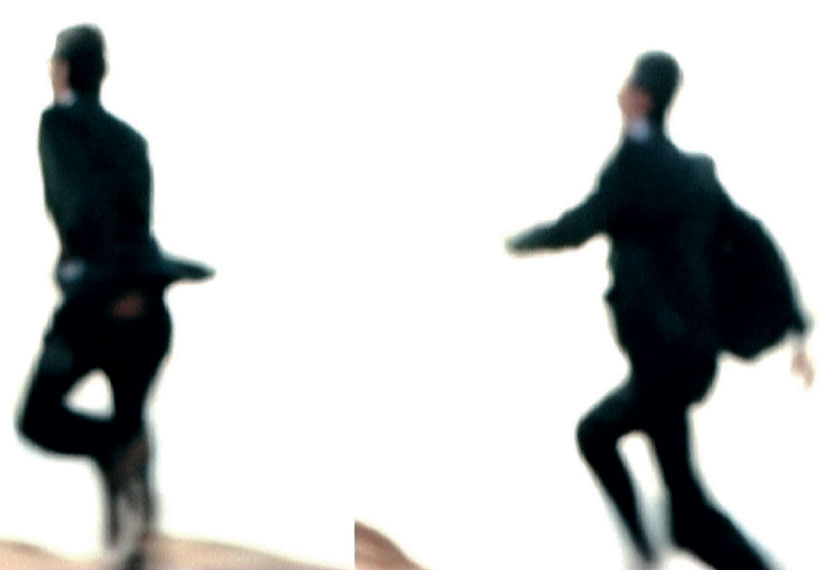 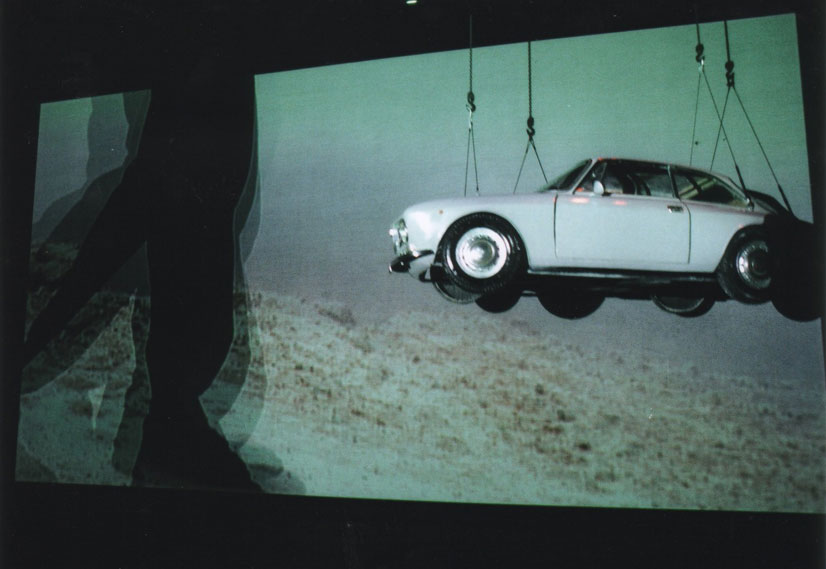 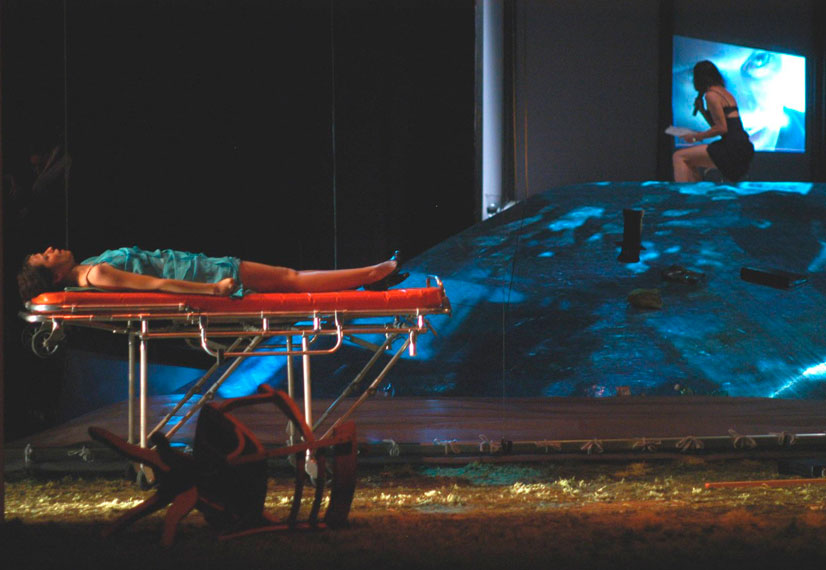 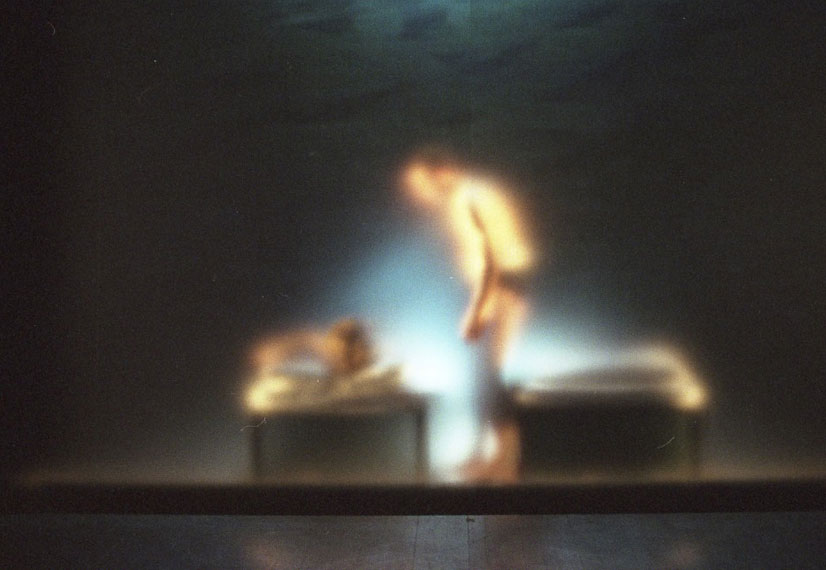 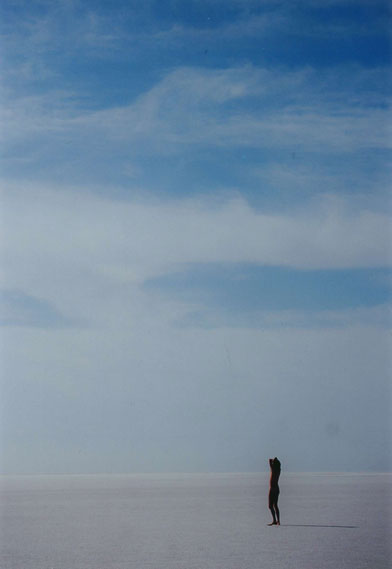 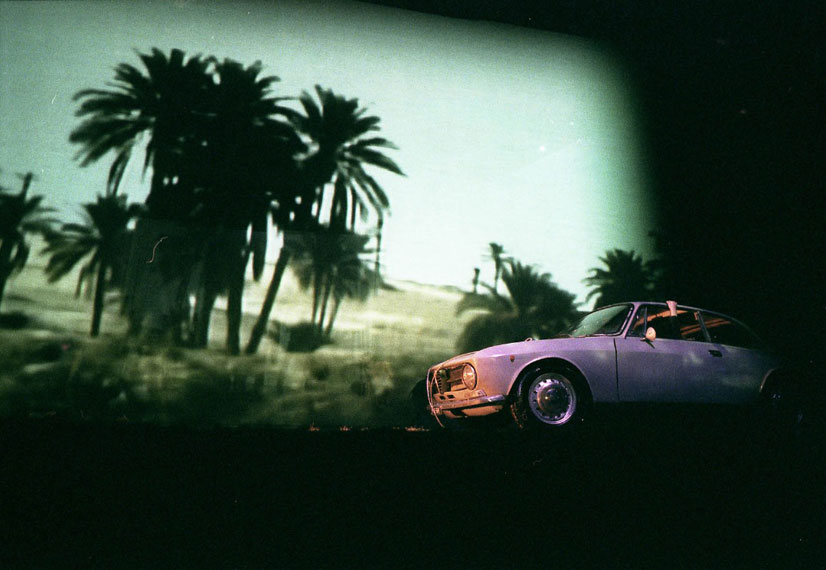 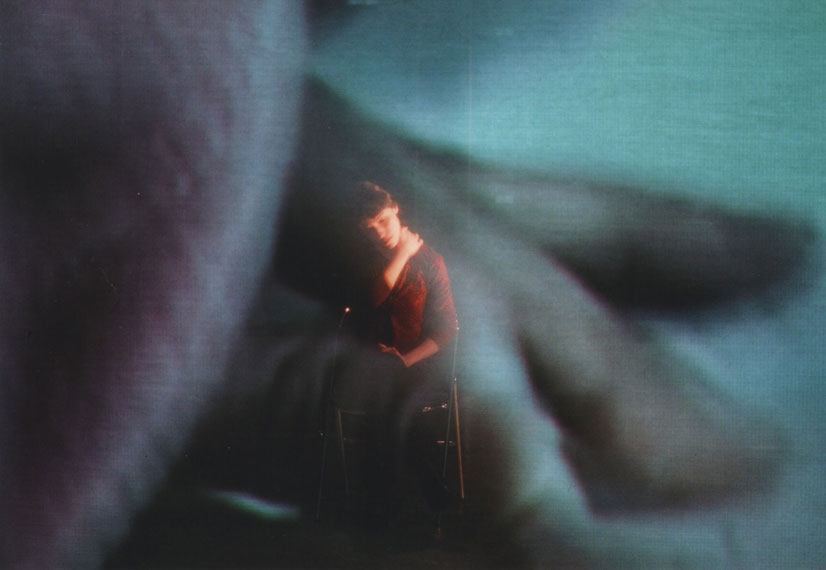