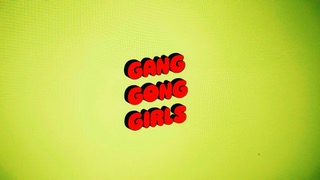 From the research around the project ÜBERRAFFICHE (nude expanded version) a first expansion was born: a crossing of images, icons and cultural universes on bodies, weapons and sexuality embodied by women and/or queer identities. Strength, violence, conflict are founding values of the political sphere and have been historically seen as a natural attribute of the male. GangGongGirls goes through different imageries to rethink the link between corporeal form and politics, through figures and concepts: strength | violence | prosthesis | vulnerability | sexuality | self-defence | public space.

GangGongGirls will be a public meeting device on the analysis of the images of women fighters in revolutionary moments – from the French revolution and the Community, to the decolonization processes, to the resistance in Rojava – or in the armed fight, passing through the instrumental-sexual use in mainstream pornography and in B-movies, up to the overturning of the post-porn and porn-terrorism.

The moment is now. Everywhere, to overturn the stereotype of the victim associated with women, trans, queer bodies, the trans-feminist movements – with different instruments around the world – transform self-defence and sexual performance in political practice. Faster Faster Pussycat!