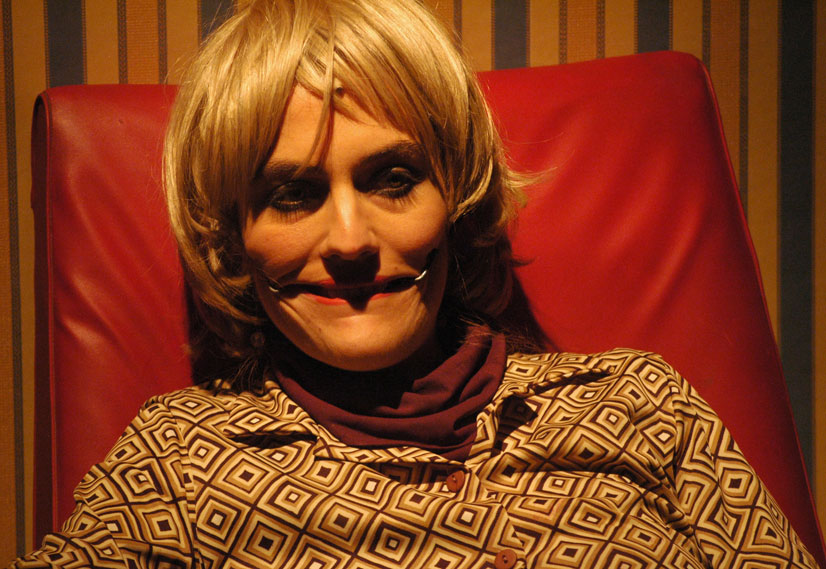 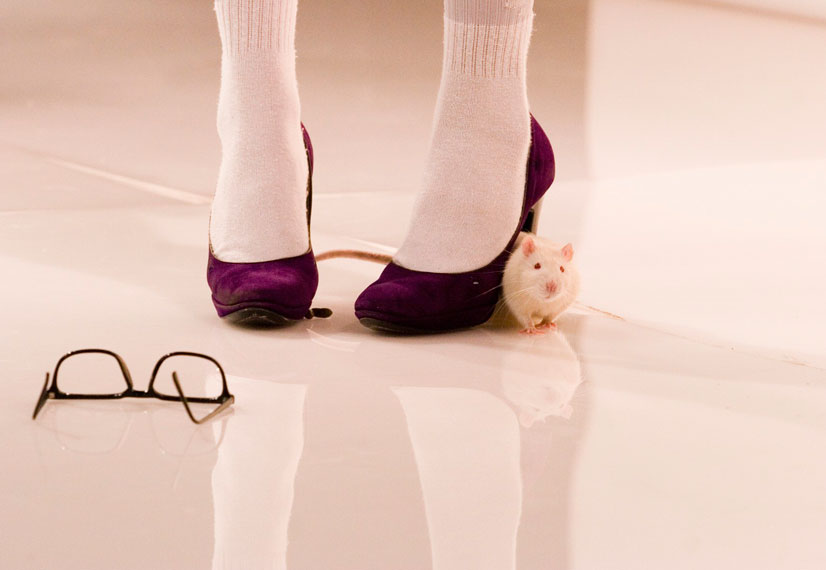 When love is colder than death

After Pasolini, the latest and desperate Pasolini of Petrolio and Salò, we felt we had to keep on visiting our past, which is nearer and nearer, suffice it to take a quick look behind, towards that neglected part of history that is being quietly softened in Europe, even more after the fall of the Wall.
“The age of falls” has been inaugurated, as by the beautiful book of Marco Belpoliti, and from the chaos of rubbish and ruins on which the curtain closes in L’Ospite, -an after-bomb- we analyse the present.
In the work of Fassbinder, the Second World War bombs echo on the rests of Berlin Wall and spread with the same uproar of the Twin Towers: the crash we have all seen live. On TV. And this uproar will be the subject of the whole work on Fassbinder that we are inaugurating. A vague noise which once in a while alternates with some fragmented melody, some funny songs played on an old disc-player … while a couple is dancing far away…
Assuming that Hitler is not so far, and so is the spectre of Nazism and ethnic cleansing … (“Hitler survived” we also said in Twin Room), we start a new project going deep into a series of unwanted removed facts. A quick search on the Internet will lead to the horrifying discovery of thousands of neo-Nazis sites spread all over the world, where you can buy icons, flags, music and objects on-line… a huge market to be added to the one of sado-maso and snuff-movies…

We first wanted to target a broader subject concerning adolescence, by facing the contemporary age; we later realised that time was needed, that we wanted to develop the relation between the images and the words of the authors who – from the 60s to the 80s – have influenced our artistic career.
Anyway that project on adolescence will be delayed to 2007.
In the immediate future, we will be back on stage to face some authors who are very concerned with what is happening here and now, with the little episodes of everyday fascism we are all victims of in the complete unawareness. Silently. In a vacuum. Like guinea-pigs.
Fassbinder, who has always studied the relation between servants and master as well as the subtle mechanisms of influencing, was thus as inevitable as the penetration into his piercing imaginary movie-like dimension.
Interpreting an author’s writing, penetrating his world, talking to the ghost, who, like Pasolini, has always different roles and traits (writer, actor, director, movie-maker…), still means travelling along a winding and unknown route, which needs time and cannot be resumed in a single play.

Exploring Fassbinder’s world, we “isolated” two souls of his work, one “politically-oriented” and strongly related to power and intolerance, and another, more “dramatic” and complex, originating from the imagination of his great “master”, Douglas Sirk.
Two theatre works can be drawn – an Opened and a Closed one – with different text references, though finely interlaced.

The Open Project, titled Little Episodes of Everyday Fascism has an episode/unique event-structure and it’s inspired by the bizarre theatre-cinema text Pre Paradise Sorry Now (1969). It will constantly be adapted and contaminated by the places and the people that we will meet along our nomadic journey throughout the long programme of resident workshops.

The Close Project will be related to the staging of Pink Noise* a strictly feminine play, and inspired to the extraordinary actresses of Fassbinder. Starting from the core of Petra von Kant, we will then move beyond the words of the text to obtain a music score made up of acoustic suggestion of other feminine characters from the helpless Martha to the desperate Elvira of A Year of 13 Moons.