King Arthur is an absolutely original meeting between music and words.
Sounds are the tools of a metamorphosis that reveals an ambiguous potential: singing belongs to supernatural presences, spirits or mythological figures that have no right to spoken words, whereas the characters of the drama haven’t any musical capacity. From such a dialectic – rare in this form in the history of Western theatre – derive the hybrid character of the work, called “semi-opera”, and its fascinating and unique anomaly.
The ambivalence and tension between lyrics and singing, between earthly struggles and supernatural forces, was a natural attraction for us. The same goes for the infinite possibilities of refraction – and modernization – that this dramatic opera brings straight into the definition of a magical territory that lives together with the scene of politics.
The characters of this text, written in 1684 by poet John Dryden, a master of analytic remakings, comment their own actions in a very modern manner and push themselves in lethal reflections on theatre and its making, on the relationship between critics and audience. In 1690, after the change of the political regime in which the work had been commissioned and the decline of the playwright in the new court, Dryden asked Purcell to write the music for it. King Arthur first went on stage in 1691 at the Dorset Garden Theatre in London and reached a hundred runs in a few seasons.
Arthur for the Bretons and Oswald for the Saxons, (in a version quite different from the Disney one that remains the reference in the collective imaginary, or as told in the epic work of art by Thomas Malory, and brought to big screen with Excalibur by John Boorman) are reflected in Merlin and Osmond,and again in their magical servants Philidel and Grimbald, perfect equivalents of Ariel and Caliban of The Tempest, in a vertigo of doubles… The plot works a little like what historians call as the magic history of the Second World War, when Churchill and Hitler had their respective wizards that sent warrior spells over the waves. Still today, fortune-tellers, wizards and enchanters stay in the service of governments, that pretend to the world an excess of rationality, only to hide deeper and darker fluxes of divination.
Power, love and hate: everything in King Arthur is deeply compromised by a universe of illusory images and mirages, of burning glasses and optical illusion mirrors…
We will insist precisely on the transient and the evanescent aspects of forms. Like in Boccaccio’s Decameron, the development of the passion between Arthur, often victim of doubts and quite disgusted by his profession as violent conqueror, and Emmeline, enchantment of wonder in a sensorial world that cannot be reduced to the everyday experience, has in the background the deafening noise of conflict.
We choose a feminine point of view, fought over Princess Emmeline’s, who, as blind as love in ancient mythology, is a fragile, silent and meaningful presence, hostage to mean intrigues for a power symbolized by the forest of lights and shades and incumbent threats in which the story is set. Here the struggle between good and bad is obsessively associated with the binomial hot/cold, and the whole landscape mirrors internal feelings. The heat of love clashes with the ice of politics, with the death of war that wraps everything.
There is a central dialogue between the inside and the outside, weather conditions and moods will be the key-element of the set design enlived by animated images of a never-ending metamorphosis…
King Arthur by Dryden/Purcell also reveals itself as an interrogation on the explosive function of music, its power and the dangers music reveals. And music is also the threshold on which action sets one of its limits – to be crossed or broken – triggering a dialectic, on stage and for the senses, ready to become imbalance, clash, war.
The landscapes in which the opera is set are composed and decomposed following the musical notes: landscapes of war and storms, forests tainted by scary chiaroscuros. Enriched by vegetal elements and words.
The events of King Arthur actually bring to the birth of a nation at a convulse political moment, when the writer had to revisit his own role, with respect to society and the court… And once more – like in Shakespeare’s Tempest, on which we have recently worked – the obsession for power and control, even with climatic events, breaks the plot and evokes the worrisome scenarios of wars from the future.

The reading and the play of King Arthur engenders today two most important areas of thinking: the first one comes from the genre of the work – experimental as a semi-opera – a hybrid combination of acting, singing, dancing, instrumental moments and stage machinery; the second is related to the tradition of the musical text, the score or parts thereof, and later modifications often contaminated if compared to the Urfassung, the first version of it.
Unfortunately, the original manuscript score has not survived, but much of it remained in the possession of the Dorset Garden Theatre, where King Arthur was premièred, and it was used for the revivals in the following decades, up to be copied, integrated and partly published in the early years of the eighteenth century.
Sezione Aurea’s aim is to provide the new dramaturgy made by Motus a historically careful musical setting. The main sources were identified in the second printing (1702) and in the second edition (1712) of King Arthur, in addition to the two different scores preserved in Salisbury and in the British Museum.
It is also necessary to analyze the later performance tradition, without prejudice, declining the philological principle of “recentiores not deteriores”: for which the latest versions are worst of the previous ones. Stratified history of King Arthur’s renditions until the mid-nineteenth century is compelling, which is an unequivocal sign of composer’s enduring luck and his ability in imposing a British music paradigm. The semi-opera is an experimental genre, always possible to actualize. Salient point of this tradition, which embraces the eighteenth and early nineteenth century, it’s definitely the version by Thomas Augustine Arne, conceived in 1770 for the famous actor David Garrick. Arne modified the structural system and the original music settings inserting new numbers, with the aim of overcoming some inconsistencies between text and music (following Garrick’s indications) and bringing the opera much more close to the audience and to the taste of the audience of those years.
In the history of the latest productions of King Arthur – starting from 1784 appears more frequently with the title of Arthur and Emmeline – we see continuous experimentations in the organization of the ‘numbers’, according to the different acting companies, with always different balances between spoken and sung parts (such as in the reworked versions by Henry Bishop at Covent Garden in 1819 or by William Hawes for the Lyceum in 1857).
The result therefore is a general impression of a continuous text’s actualization, progressively reshaped according to the tradition’s evolution. The new audience and the always much modern performance spaces dictate new needs that require always different solutions in the choice of tones for each instrumental voice.
For our execution, we tried to develop an original instrumental balance, which takes into account the new dramaturgical reading of the work, confronting its results with the more recent musical readings by Pinnock, Gardiner, Christie and Niquet.
The search for a more “aerial” sound, able to generate more nuances in the pentagram’s snowfield, with the use of acute voices only, reflects itself in our instrumental ensemble, that is composed in the mid-high register, of two violins, two oboes (from eighteenth century tradition), in addition to the harmonic and contrapuntal complement offered by the viola da braccio. The basso continuo is taken by a bass viola da gamba, a twelve feet violone, a theorbo and a harpsichord, as if to suggest, in the absence of the cello and the bass-viol, a French taste in colour, less pushed in the low register.
This composition of the instruments appears to be effective in supporting the Motus new reading of work, who wants to underline the pervasive presence of the “feeling of dance”, evident in almost every song. The dances here are not only seen as an expression of an Italian or French musical fashion, but as the commendation of a declared and autonomous English taste. It is not so rare indeed to still find in the opera exquisitely Shakespearean accents: this trend was definitely strengthened after the Glorious Revolution in 1688 and the ascent to the throne of Mary II Stuart, along with her cousin William III Orange.
Sezione Aurea wants to offer to the dramaturgical reading some of the many nuances of purcellian’s musical dictation. In the famous Chorus and Dance of Cold People which vibrates through the strong figure of the tremble the initial theme built on the repletion of musical cells in monotone sequence, not only exerts an immediate boost to rhetorical evocation of the ice, but suggests a deeper intention of the voice, gesture and stage action and has its roots in the French tradition. That happens in Lully’s Isis, especially in the Choeur des Trembleurs which will provoke infinite suggestions even after Purcell, for example in the Winter of Vivaldi’s Four seasons, where the frost is almost pictorially made by eighth notes repeated without apparent rhythm or melody. 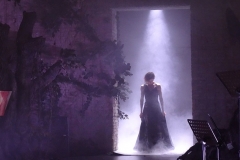 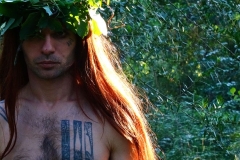 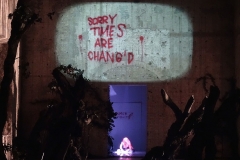 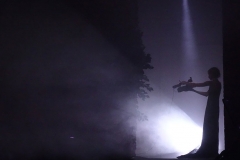 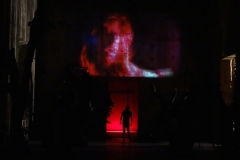 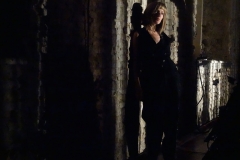 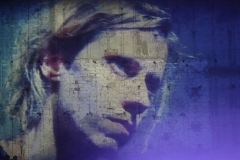 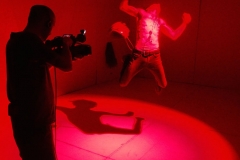