Action. A place, still the same. Any new quetion. A place, then somebody, still the same. Beckett is back again after 15 years to Restart from there. Pick it up. His spare words still haunt us like that glaring light which spreads and shines. Everywhere. Never see, never find, no end, no matter. Again that empy space. White. Absolute. Where everything is visible. Where everything hurls down. With no choice. All strange away. Diabolic attempt to stop the time, to extent the instant of death, the final one, towards the moment when “no breath is perceivable”. Imagine the burned ash-blue eyes without eyelashes. Just silent flesh. Eaten by a look The Savage Eye. It peers into the bright corners. The camera shoots, investigates, penetrates inside the skin folds. With scientific dicipline. That is death, or better, the fall according to Beckett. Falling towards the hell where imagination dies. Isn’t there any vision? Or maybe vision starts there? Stop

After ten years, Motus is back at work on Beckett: it’s back in 1994-95 when the show L’occhio belva joined the members of the company allowing them to start living-transforming non-theatrical places into real artistic “invasions”. The title is derived from a Beckett definition used to indicate the video camera … and the show itself focused on this obsession for the look, keeping as a main reference Quad e lo Spopolatore. L’ Occhio Belva was a big proof of love towards Beckett’s visual lyrics, towards his “white” period, made of “speechless acts”; before starting rehearsing with the unusual and unique show, we shooted a short video in super 8 format about All Strange Away, as a study concerning the relation between the eye of the camera and the body/the skin of the actor.

The show was issued from an extraordinary place like Interzona in Verona, which later became the crossroad and main creative forum for the theatre generation of the 90s; every further theatre action by Motus bore this sign, as the electronic circuit on which actors moved that is still tattooed on the floor of the big refrigerator.

Now we decided to go back to those ideas – in the same space where something has already been – like a Orpheus’ journey – aware of the risk – aware that we could experience the dissolution – the void – we try it, avoiding possession – ‘cause working on the non-theatrical Beckett, so essential and pure, means you have to be possessed.

We are surrounded again by the extraordinary descriptions of a geometrical “body shelter” made up of lines and letters in which bodies can hardly move, waiting for an end which is so late in coming… where Imagination is to be imagined as dead and the only absolute element is time passing by. The only way to avoid this time flux is -(Murphy would have said) -“ go away from oneself “ – sit on a rocking chair and swing – crouch in the shadow of a stone – like Belaqua – the indolent character of Dante’s Purgatory – or let the light exposing each part of one’s body to a video camera pitilessly investigating.

Abandon any egocentrism – abandon any ornament – any useless word – just Eye and Object. That’s it, the Image is There, now…“find a meaning, if you can“. 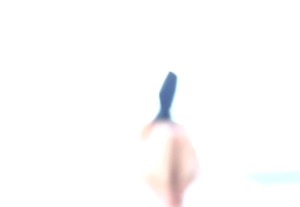 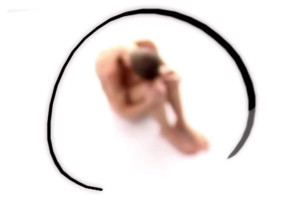 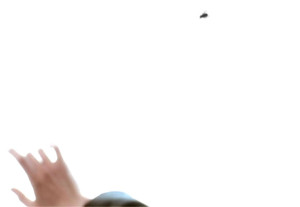 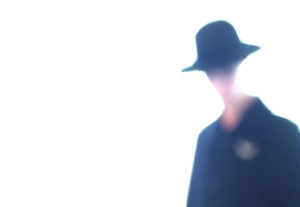 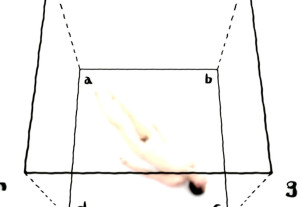 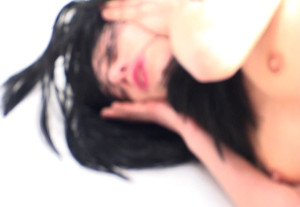 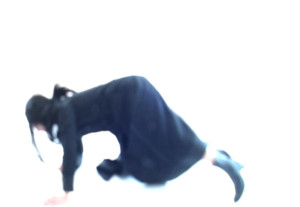 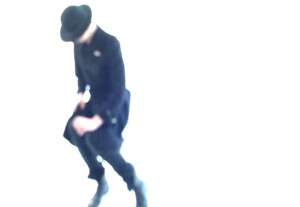 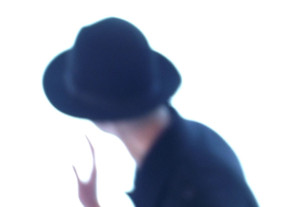 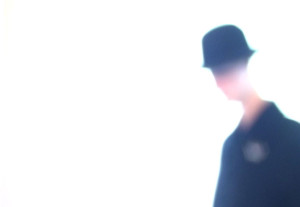